Life is dictated through the many little moments we encounter in our journeys, each on its own is small and not particularly significant. But if you were to add each and every one of those tiny little insignificant moments up together you’ll discover just how greatly important they measure up in size. They say in life all things no matter how big or small must come to an end at some point. When I starting critiquing films in the summer of 2006 (under the persona “The Comic Whore” on the then popular social networking website MySpace) I had no direction in sight as to where I wanted to go with being a critic.

To be honest, the notion to call oneself a film “critic” wasn’t even on the table for discussion as I looked up to such a title reserved only for those of prestige and of a higher degree of education than myself. You wouldn’t call just anyone a scholar right? For me, such a title was reserved for intellectuals such as Roger Ebert or Gene Siskel. Such brilliant minds in the cinematic commentary field, they critique with such precision and accuracy that they laid down their judgment without hesitation and knew how to back it up, and I was no Siskel or Ebert, quite far from it to tell you the truth. It wasn’t until January of 2008 when part of me felt compelled to take the next big step regardless if I was prepared or not. It was time to grow, time to get moving on as both a writer and an individual. This of course led me to a terrifying, yet exhilarating gamble which you all know today as TCWReviews.

The principle idea behind the formation of this blog was to create a safe haven where the voice of the average Joe could earn a sense of respect among his peers, and to be free of the boundaries set before him, where films were not only watched but also critiqued by the very same diehard moviegoers who shared a common love for film, that equally matched that of the reader whom dropped by on occasion. So as things began to progress the mold began to take form, I also began to take a more serious tone with my writing and dropped the persona and repurposed the initials with more meaning. But all too soon did I realize that I had bitten much more than I could possibly chew, and so with that being said I began a vast hunt to locate folks who had great potential and talent waiting to seep out of them. And with great luck on my part I found them, these talented individuals who came to my aid when I needed them most and helped translate my dream into a reality. For their help, I am forever grateful.

This actually both saddens me and fills me with excitement to say, but this will be TCWReviews’ last official post from me the editor in chief, including the last of any new content on TCWReviews by our talented writers. We have moved to a webhosted location at: criticsword.com and would like to invite you to come join us!

As a group, we’ve seen great triumphs and successes over the years, but unfortunately the world does not operate on a one way street and to that end it wasn’t all good times either, along with our successes also came setbacks, controversies and even some failures; and admittedly even a shear moment of weakness where a poorly made decision made on my part nearly cost me an irreplaceable asset to the team… Till this day I still carry a great weight of regret on my shoulder for those actions. Over the years we’ve welcomed in new talents as well as seen some go. But one thing is certain; TCWReviews has been there through it all, the good times and the bad; we’ve endured quite a lot together as a team and will continue to do so as one in the next chapter of our adventure. And with that note to end on I would like to say; looking back on everything, I would not change a single moment, I would do it all over again if given that chance, because it was those tiny little moments that occurred here and there that led us to this very moment in time, because without the bitter the sweet would never taste so sweet, and when you add them all up together they formulate something truly magical.

So to answer the question I posed onto you, the reader, in the beginning; the answer is yes, all good things do in fact come to an end, but that also doesn’t mean it’s dead and gone forever, while TCWReviews is ending as a blog, it lives on as The Critic’s Word, evolved like a caterpillar turning into a beautiful butterfly. Now, come joins us in our new location and watch us sore to great new heights! 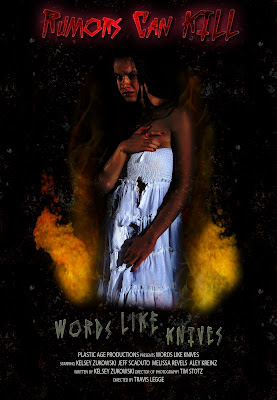