Hello and welcome to the bio page. Here is where you will have a chance to get to know a little bit about the amazingly talented staff members of TCWReviews.
Current Writing Staff:
Clifford Kiyabu - Editor in Chief/Film Critic/Columnist. There is a great deal of many things I enjoy, I’m a comic book geek, I’m a music freak, I‘m a film critic, and extremely addicted to watching movies, for me every day is movie day and I love films of all genres, and what got me to start writing reviews was none other than the 2005 smash hit “Crash.” Because I loved it so much I just had to write a review, if you where to tell me back then I’d one day run my own movie website with others who share my passions I’d probably laugh at you and tell you to stop telling such lies, because with all honesty I don’t believe I’m the best nor even a good writer, I think anyone of these fine writers below me have a better chance at being a professional film critic than I ever will, but I do my best one day at a time. So some of my all time favorite films are, and this is in no particular order; “Constantine” “The Godfather” “The Godfather Part II” “The entire Star Wars Saga” “All the Indiana Jones films” “Rocky” “Rocky Balboa” “Sin City” “Fight Club” “300” “Crash” the list could go on and on but I wont bore you with such. 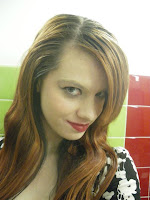 I'm a movie critic and aspiring screenwriter who has an immense love for film. I mostly write horror screenplays and the genre is my favorite.
I write movie reviews on a weekly basis for Horroryearbook.com, HorrorMovieFans.com, 2Snaps.tv, and of course TCWreviews.com. I am also a entertainment writer for the longest internet enterrainment magazine, TheCelebrityCafe.com.

I really enjoy watching movies of very many genres: horror, comedies, dramas, foreign films, thrillers, musicals, and some action. My favorite movie is A Nightmare on Elm Street. Freddy Krueger is such a successful villain. He exerts the ability to have the power over others in their weak state of dreaming. The film really crosses the lines be

tween reality and fiction, making them one and therefore getting rid of any safety zone that there might be. Wes Craven is my favorite director since he has such an ability to bring horrors to his audience intelligently through movies that remain to have a unique story and feel to them. Other films I really like are Se7en, Mysterious Skin, The Lookout, 500 Days of Summer, American Beauty, Death Sentence, Serpent and the Rainbow, The People Under the Stairs, Across the Universe, Halloween, Motel Hell, Reefer Madness: The Movie Musical, Repo! The Genetic Opera, Psycho, High Tension, The Devil's Rejects, I Spit on Your Grave, Frontier(s), and Eden Lake. My favorite actors are Joseph Gordon-Levit and Evan Rachel Wood. They both can explore such depth and always give amazing performances. 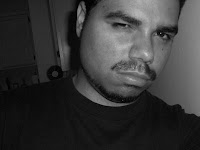 I'm Fred, but many call me by The Wolf. I'm a New Yorker who is majoring in Film and aspires to be a screenwriter. I've been reviewing films since late 2006 as a way to express my thoughts about films and create discussions that I've never really had while growing up. I love films because it's an escape from reality. I love watching the lives of characters on film and relating to them, seeing myself in them. The less I can relate to a film, the more I'm gonna be totally negative of it. In my reviews, I post a list of things I've learned from watching the film. They're totally sarcastic in nature and not to be taken seriously at all. The world needs more humor and I like to think I provide it every time I review a film, both good and bad. My favorite films are "Halloween" (1978) [the film that changed my life forever]," A Clockwork Orange," "Sin City," "Spider-Man 2," "The Texas Chain Saw Massacre," "Airplane!," and guilty pleasures like "Mommie Dearest" and "Elvira, Mistress of the Dark." I'm more of a horror genre guy, but I'll watch and review anything. I also write for Full Moon Reviews, Fatally-Yours.com, Wikpik.com, FilmArcade.net, and BargainBinReview.com. If anyone has requests for reviews, they can email me at http://us.f550.mail.yahoo.com/ym/Compose?To=Howlingwolf00@aol.com or http://us.f550.mail.yahoo.com/ym/Compose?To=fyoung0281@gmail.com.
Stuart Wahlin - Columnist/Film Critic.

Stuart Wahlin is an American writer, actor, filmmaker and musician. Since being cast in lead role of his school play in third grade, Wahlin has been performing in one capacity or another.

His musical training began with the piano as a child, expanding to percussion, singing, guitar and even the didgeridoo and theremin. He's been the frontman for rock bands, including Halon System and The Mourning Glory. As lead singer for Halon System, Wahlin often implemented his filmmaking skills to produce visual accompaniment to the band's live performances.

Wahlin's acting continued as he began writing, producing, scoring and directing his first films in high school, later studying film and TV production at Northern Illinois University, where he earned his degree with a directing emphasis. He continued appearing in a number of film and video projects during this time.

After graduating from college, he began working in television, first as a studio technician, then as a news videographer for a number of years. His first formal film credit came in 2005 for his camera work in the documentary "Hubert Selby Jr.: It/ll Be Better Tomorrow," which featured Darren Aronofsky, Ellen Burstyn, Jennifer Jason Leigh, Jared Leto, Robert Downey Jr., John Turturro, Marlon Wayans, James Remar, Susan Anton, Anthony Kiedis, Burt Young, and others.

Wahlin penned his first feature-length screenplay in college, and he continues writing for the screen. Professionally, he was employed for a number of years as a print journalist in Rockford, Ill., until deciding to return to his acting and filmmaking roots in 2010. Since then, he’s appeared in a number of films. Wahlin recently completed filming "Hand of Glory," which marks his return to directing.

Each one of us has such outrageous fantasies and dreams that we hope to see come true but rarely they never see the light of day. The cinema world fulfills our lustful desires, sinful thoughts, lush fantasies and mystical dreams. Movies aren’t just moving images on a giant screen they seem to penetrate through my body and eventually reach my soul. For ever how long a certain movie is I’m absorbed in their own world that only exists on the giant screen and my dreams, desires and fantasies soon find comfort. Who doesn’t love the passion that movies give off? We sit in the dark and watch people’s lives who we don’t even know. When the lights slowly lift us from a dark voyeuristic state, the characters that we just watched are refereed to in our minds as family members or an old best friend. They become implanted in our lifestyle and in a result they create memories for us, memories that we look back upon and smile because they were so gracious.

This is why I adore movies; to enter strangers’ minds and to make my home for a couple of hours Xanadu, the old south in “Gone With the Wind,” or the beautiful Brokeback Mountain. I’ve been blessed to have such a flexible life that allows me to do all of this literally whenever I want. This is mainly due to my “work life,” if you can call it that. I did a three page model ad last summer in a fashion/urban/Christian magazine called “3V,” I teach private piano lesson out of my home to six children and I even occupy a room at a local community college where I teach beginner and intermediate piano courses. These activities help me get through the day when I’m not fixated or drooling over cinema. Cinema is a rare art where we can look at the past, present and future with a huge smile on our faces.

I have the opportunity to write about these moments for themovie-fanatic.com and, just recently accepted, geeksofdoom.com. Not to mention the chance I have to earn a degree in journalism at a school that’s renowned for that field: Point Park University. So I guess you can say that I’m on my way and I know where I’m heading. 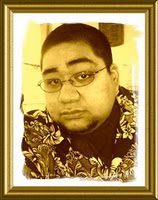 About: Common sense would tell me to write a unique bio depicting why I am a fan of movies, and why I love to share my thoughts and opinions with others. But logic suggests that I speak the truth and just explain that I write what I write when I feel like writing it. Whether or not it be the art of cinema, the political realm, the rising price of oil or the on-going mindfuck of a war that we're in, if I feel like sharing my opinions on the matter, I will do so regardless of what others might think of me or my opinions. That being said, when it comes down to the art of cinema, I speak boldly and without hesitation, for cinema to me, is a most unique form of art through imagery.

Cinema: Classic Cinema. When it all comes down to it, nothing captures the true beauty and art of film more than classic cinema. Back to the roots of film, where it all began. Long before modern special effects. Long before high tech computer generated images. Back to when the visual effects actually meant something. Back to when the story it's self was more important than flashy battle scenes and crazy car chases. Casablanca, Gone with the Wind, The Sound of Music, Yojimbo, Seven Samurai, ect...

Don't get me wrong, there are many worthy films out there today from a more modern generation. But with endless remakes of once great films, and un-necessary sequals which are worst and worst as they go on, one must look to the past for reassurance that the greatness of cinema once existed. So whether or not you agree with my opinion of a film we've both seen, you can rest assure that I will only speak the truth to what I have bared witness to and give my honest opinion about the film I have reviewed.