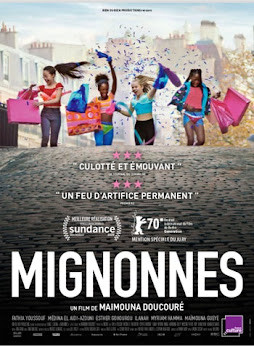 Cuties is a multi-faceted coming of age film that tackles the difficult transition from childhood to womanhood with great realism. Through our protagonist we see what that journey of finding one’s femininity looks like amongst conflicting messages from familial upbringing, religion, social media, pop culture, and peers.

It’s worth noting that the initial shock value promotional material Netflix used wasn’t a proper representation of the film. It got people’s attention for better or worse, which was likely the goal, but this is not the preteen Magic Mike. There is only around 5 minutes of sexy dancing in the entire running time and it is a fairly small focus of the film. The dance competition the characters are in mostly contains adult dancers and is open to all styles of dancing. It’s the protagonist’s fear of being viewed as childish and her desire to impress her new group of friends that influences them to sex up their routine and look. Anytime she is shown using her body in a more adult or flirtatious manner it is very clearly not condoned and even criticized by other characters, especially those who are older.

The film follows 11 year-old Amy (Fathia Youssouf) who is the oldest child in a traditional Muslim family, living in a poor suburb of Paris. A lot of responsibility falls on her to help care for her younger siblings. Amy’s father has recently become engaged to his second wife. This is incredibly difficult for Amy’s mother, but something she is expected to accept and even be supportive of. As Amy sees the pain this causes her mother her resentment towards her father grows. She is already being groomed to become a good, modest, and content wife for a future husband, which is not something she is looking forward to. 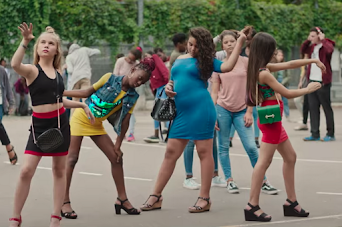 Amy takes notice of a group of girls who are in an amateur dance crew and wear more revealing clothes than she is permitted to, which holds an alluring freedom to her. She doesn’t have any friends and begins to yearn to be a part of what this group of girls have. Most of the group is incredibly hostile towards her, but through the dance crew’s leader, Angelica (Médina El Aidi-Azouni), she slowly finds friendship and a chance to dance with them; allowing her to feel more seen. She quickly becomes so desperate for their approval, which sends her on a descent in to rebellion, losing herself along the way.

The acting across the board was phenomenal and really added to the film feeling like a personal and powerful experience. The child actors did a great job of feeling very genuine. The combination of their presence and the directing added wonderful naturalism. The stand outs were our lead, Fathia Youssouf, and Maïmouna Gueye, who played her mother. Both showed incredibly strong emotion and layers, which was often subtle, but always evident. This film offered Youssouf a break out role and she showed that she was up to the challenge, beautifully showcasing her talents and adding a needed vulnerability to let the audience understand and empathize with what the character was going through. 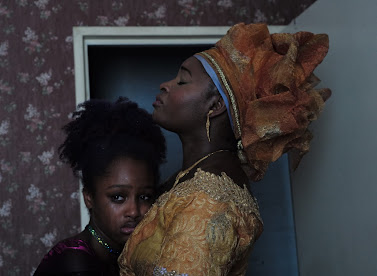 The bond and relationship between Amy and her mother, Mariam, was among the strongest material as well.  The love between both of them, even at the height of Amy’s downward spiral and her mother’s shame and outrage, is clear. They are both struggling and under a lot of strain in their own ways, but there’s deep connection and understanding between them in the end. Mariam’s story shows both her sense of feeling lost and her strength. It acknowledges that even adults don’t necessarily have it all figured out, that this quest of finding who you are as woman, wife, mother, and individual is a lifelong one. The human experience and finding ones’ identity and role is an imperfect art.

Filmmaker, Maïmouna Doucouré, based the film on her own experiences growing up and her difficulties in discovering what womanhood and feeling stuck between several cultures and stages of adolescence was like.  She interviewed hundreds of young girls for the film, wanting to accurately depict what that challenge of approaching teenagehood looked like today with the influences of social media and heavily sexualized images in media at large.

Cuties is tamer in content than many might expect. There is no nudity, implied nudity, or sexual acts depicted. Many other similar films like Kids, Thirteen, and Mysterious Skin, go further and contain more disturbing material by depicting underage sex, which is not at all present here. The moments of the young characters amplifying their sex appeal are troubling and uncomfortable, but they are meant to be.  The scene that contains the worst of this is portrayed in a completely negative context and serves as the breaking point for Amy, making her realize this is not true to whom she is or who she wants to be.

There are plenty of scenes where the girls on the dance team are being silly, having fun, and essentially savoring being kids in a climate pushing them to grow up. There is going to be an instinct to resist some female roles before them and flock to others. It’s only natural for them to mimic what they see, especially at this age where their bodies are changing and fitting in and feeling validated is huge to a their confidence and happiness. Both sides of these two stages in their growth are present and are an important part of the narrative. 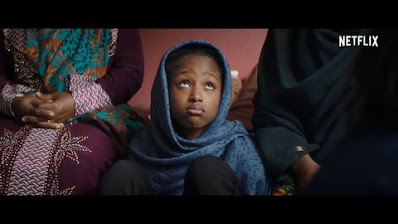 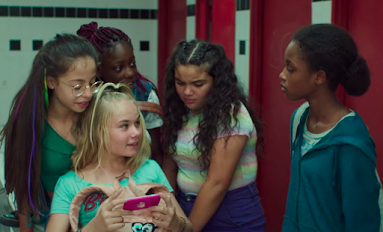 Most powerful art tackles difficult subjects; subjects that we wish weren’t present in our world at all. Even more reason why exploring these things, understanding their temptation and influence, is vital and has value. Looking back to experiences of my own and those of my peers at this age, what is depicted here is not a stretch at all. I also say that as someone who grew up without social media and some of the images, pressures, and messages that it sends to girls today. You can only imagine how hypersexualization in our society and young people feeling this pressure is only becoming more prevalent and damaging. Every artist has the right to tell their story and truth. Doucouré did that with bravery and honesty, creating a film many can relate to, males included, as young boys have their own pressures and stereotypes they face. It addresses concerns that should be exposed and talked about. Some may not be comfortable venturing there with her, but for those who go in with an open mind, it can be a captivating and enlightening experience worth your time.

Posted by Kelsey Zukowski at 11:57 PM