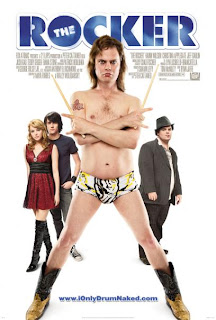 
In the summer of 2006, I was all about one thing – trying out new types of music. Yes, I was starting to get into movie reviewing at that time too, but you want to know what I was doing while I was writing reviews? Listening to music. Though I can’t really remember what I listened to back then, I can remember one artist that I despised listening to. Teddy Geiger released his single “For You I Will (Confidence),” and it was always that one damn song that never left the radio stations. Like most songs today, this Teddy Geiger song was overplayed, and the one thing that I hate more than an overplayed song is an overplayed bad song. I’ve heard plenty in my day, but not nearly as bad as THAT.

But here’s the funny thing. After a hit like that song and his other single “These Walls” (which received almost no radio airplay near me, surprisingly), Teddy Geiger suddenly vanished. No one talked about him anymore. Teenaged girls didn’t have their MySpaces infected with his songs. At first, I thought that I was alone at last, and I returned listening to The Fratellis, Muse, Modest Mouse, Franz Ferdinand, and whatever the hell I felt like listening back then.

Unaware that Teddy Geiger has a starring role in “The Rocker” aside “The Office’s” great Rainn Wilson, I went to go see the movie expecting to laugh. I learned after “Meet the Spartans,” “Mad Money,” and “The Love Guru” that I should never pay for a comedy if I didn’t expect to laugh (which is why you haven’t seen a review from me on “Disaster Movie”). And then when the lights shut down, the trailers were over, I was the only one in the theater to watch “The Rocker.” Why wasn’t anyone there?

And then the opening credits began, and I had my answer-

So THAT was what he was doing the entire time…

I guess it is true that everyone else has a problem with him like me… or maybe “Death Race” or “The House Bunny” was more important… or maybe people were watching “The Dark Knight” for the tenth time that week… god only knows.

And all I thought was, “Oh Christ, this emo-skidmark is REALLY in this movie? I paid SIX FUCKING BUCKS to see this guy try to act in this almost-for-certain rip-off of “School of Rock.”” It surprises me to say this, but not only is this not even close of being a rip-off to the Jack Black comedy, but Teddy Geiger really isn’t… *gulp*… that bad.

Robert “Fish” Fishman (Rainn Wilson) was the drummer of the band Vesuvius while the band was then unknown. When his bandmates (including Will Arnett) kick him out of the band once they finally get a recording deal to make way for a producer’s nephew or something like that, he tells them that he will prove that he will be in a great band one day. Twenty years later, Fish is stuck in an office job while Vesuvius is being entered into the Rock and Roll Hall of Fame. When he gets fired after attacking one of his co-workers that brings in a Vesuvius CD, he winds up staying with his sister, (Jane Lynch) her husband, (Jeff Garlin) her daughter, (Samantha Weinstein) and her son Matt. (Josh Gad)

What Fish doesn’t know is that Matt has a band called A.D.D., and since their drummer has dropped out from the band, Matt asks his Fish if he would like to play for the prom. Along with Matt, Amelia (Emma Stone) and Curtis (Teddy Geiger) become upset when Fish tries to show off at the prom, but they offer to give him a second chance when Fish promises that he can get them to play at a few gigs around their area. After one gig, they meet up with a producer (Jason Sudeikis) who signs them to some deal that includes them touring around different venues and performing for a few crowds.
While their band is still a bit too small for anyone to really notice, Fish steals his sister’s car to get to a gig and it ends up having all of them being punished. Matt comes up with an idea to practice over the internet using webcams, and you would think that everything works out right… until a video of Fish practicing naked ends up on YouTube. The video has been seen millions of times and the band is known throughout the country. When their producer asks them to play before Vesuvius when they get inducted into the Hall of Fame, Curtis feels like this would be the perfect way to get the band’s name out there, but Fish says that he refuses.

And you can guess where it goes from there. “The Rocker” is a surprisingly funny comedy, yet clichéd and predictable. The laughs don’t come nonstop like they do in “Tropic Thunder,” “Hamlet 2,” or “Get Smart,” but they come at a nice speed. While it is never crude sexual humor (aside from Rainn Wilson’s bare white ass), the movie has a few gut laughs and a few chuckles, but there are also a few times where jokes fall flat on their face.

Tons and tons of critics have been comparing it to “School of Rock,” but the movies have nothing in common really. You can say that the whole idea that he was a washed-up rock star could be a comparison, but Jack Black’s character was only out of the band for a few hours, at the most a day, until he started subbing. Rainn Wilson’s character hasn’t rocked out for over twenty years. So to compare the two films are really unfair, especially when “School of Rock” is the much better one.

A major problem with this film is how Fish goes from a heavy metal band in the 80s to an Emo-alternative rock band in the 00s. It seems to me that the change from a headbanger to a guy who is a drummer for a group that sings about depression and love really isn’t very believable. He goes out that looking like he is performing for a heavy metal band. I don’t know if that is the joke of the film, but if it is it isn’t very funny. Or maybe it is just the way how we call Emo music rock. But that might just be me throwing random ideas off of the top of my head.

The acting really isn’t all too impressive, but it is alright to say the least. Rainn Wilson is definitely one of the funniest guys out there working now, and while the character isn’t quite on par with Dwight Schrute, it kicks the shit out of his character in “The Last Mimzy.” Emma Stone is decent as the bass-guitarist, and Josh Gad is pretty funny as the piano player. I could have done without Christina Applegate, but there is always one that I can do without.

But I haven’t even brought up Teddy Geiger yet, and I will be the first one to admit that I was really surprised by this guy’s performance. “The Rocker” definitely showed me that he had a bit of acting talent, but he showed me something else – that he could sing and not break glass. His character is the lead singer in the band, and this would usually be the part where I would say something like, “Yeah, his singing was so bad that my ass can make better sounds.” I just can’t find the heart to say something like that this time around. Could it be my taste in music changing?

Or am I just getting fucking softer?