Dennis Hopper Passes Away at Age 74

If this week wasn’t depression enough, after hearing the lost of actor Gary Coleman, another great legend has left us. Actor Dennis Hopper passed away at age 74 at his home in the coastal Los Angeles suburb of Venice on Saturday. May 29, 2010. His death was due to complications from prostate cancer. It was widely reported last year that Hopper was diagnosed with advanced prostate cancer that had eventually metastasized to his bones. His illness had taken a serous toll on his body over the last few months, Hopper reportedly weighed only 100 pounds (45 kg) and was unable to carry on long conversations following his death.

Hopper was best known for his antihero style of method acting, playing the villain in his most notable roles. He was best remembered in such films as: “Blue Velvet”, “Hoosiers“, “True Romance“, “Speed“, “Waterworld“, and most notably “Easy Rider“, a film he Co-wrote and produced. In short, his best attributes as an actor was playing characters who didn't play by the rules, who always knew when to turn things upside down and make it in his own image. However his years in acting followed a huge array of controversy that span through over six decades, from drug allegations to five marriages over the course of his life, Hopper had always find himself in the center of controversy, though he had his rough edges as an individual, he was one of the finest actors to walk the silver screen in over a century, he made us laugh, cry and sometimes both at the same time, he was an actor with a rarity to make us feel pain and discontent while managing to satisfy us with a remarkable performance. It’s been reported that he was surrounded by family and friends during his final moments. He is survived by four children and two grandchildren. Here’s to hopping he finds peace wherever he is 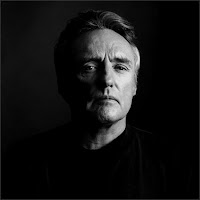 Posted by Clifford Kiyabu at 6:50 AM