Actor Gary Coleman, the former child star of TV’s "Diff'rent Strokes" has passed away on Friday. May 28, 2010. Coleman was taken to a hospital after suffering a nasty fall in his Utah home and suffered a intracranial hemorrhage and slipped into a coma on Wednesday. May 26, 2010 as was reported by different news outlets earlier this week. He was said to be in critical condition and was placed on life support on Thursday. And it was reported by various news sites that Coleman’s wife, Shannon, made the decision to have him taken off of life support early Friday morning after receiving word that the star wouldn’t recover from his injury,

Coleman’s rep released a statement following the star‘s passing: "Thanks to everyone for their well wishing and support during this tragic time. Now that Gary has passed, we know he will be missed because of all the love and support shown in the past couple of days. Gary is now at peace and his memory will be kept in the hearts of those who were entertained by him throughout the years."

Coleman suffered a rocky career and privet life over the last two decades, from money problems and lawsuits, to legal charges connected to anger management issues. Coleman’s life was defiantly not one of dull moments, but much like other great childhood actors Gary Coleman knew how to entertain his viewers to the best of his ability, and never failed to put either a smile on our face or something to talk about over the years, though he was a hard individual to deal with at certain points in his life he will be missed. 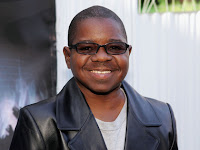 Posted by Clifford Kiyabu at 2:03 PM