Dexter Gets Renewed for 2 More Seasons! 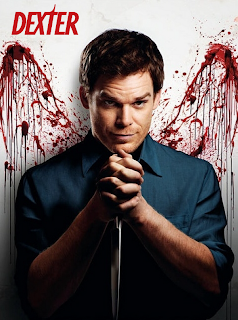 We at The Critic’s Word are rather huge fans and supporters of Showtime’s Dexter and have been watching the show’s production quite closely throughout the years. And despite the show reaching a record breaking high in ratings for the network, the show has suffered some pretty big controversies as of recent that has, dare I say it, jeopardized the show’s stability. First there was news of the show’s star, actor Michael C. Hall undergoing treatment for a treatable form of Hodgkin's lymphoma which had fans wondering if he would pull through. Then there announcement that his wife and co-star, Jennifer Carpenter filed for divorce from Hall. Once again fans wondered if the two would be able to their differences aside to continue working together. But the biggest hit for the show was during the summer when it was announced that Hall was at odds with the network over a contract dispute. Word on the street was that Showtime wanted to lock Hall in for at least two more seasons of Dexter for 20 million (10 million per season) but Hall’s camp wanted 12 mill per season (24 million for 2 seasons in total). This little hiccup put the future of the show in jeopardy as there seemed to be no nudge by either side’s camp.


However, it seems that America’s favorite serial killer has proven to have nine lives after all as Showtime has decided to lock Hall in for at least two more seasons granting him a pay raise of 12 million per season and 24 million in total. David Nevins, president of entertainment at Showtime. Had this to say about the decision to keep Dexter around a bit longer. “Dexter's enormous success is a real tribute to the great achievements of its cast, producers, and the powerhouse performance of Michael C. Hall,” Nevins then went on to say “The series is bigger than it’s ever been in its sixth season, both in terms of audience and its impact on the cultural landscape. Together with Michael, the creative team on the show has a very clear sense of where they intend to take the show over the next two seasons and, as a huge fan, I’m excited to watch the story of Dexter Morgan play out.” Well then, I guess this means Dex is here to stay for the time being, the only question remains now is if the creators can pull off ending the show on a high note, and where will the next two seasons take our favorite serial killer.


Side Tidbit: I know I’ve probably said this before, but I cannot foresee this show ending on a positive note for Dexter Morgan.
Posted by Clifford Kiyabu at 2:38 PM