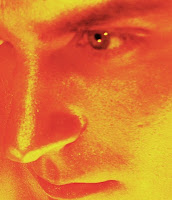 
Second Star is a short film about a homeless woman on New Year’s Eve. We follow her throughout the night as the lines between reality, fantasy, and past are blurred. It was inspired by J.M. Barrie’s book, “Peter Pan” as well as old and modern ghost legends.


Director, Derek Quint, follows a guerilla film style for a very realistic opening. For someone living in Chicago, it’s something you witness nearly every day, but are rarely a part of the way it is shown to us here. Once the party begins I liked how drastically the tone and atmosphere changed. The noticeable difference takes us in to a surreal cycle of events. We can’t be completely sure what’s real and what’s not, much like our protagonist who is scared and lost in the world she finds herself in.


The exploration of fiction and reality is among my favorite themes that can be explored through film. It’s the perfect medium to do so since film itself could be considered the blurring of fiction and reality. It’s not real, but is encompassed around reality; part of the reason film exists as a intelligent art form. Second Star takes advantage of this exploration and experiments with this character’s psyche.


The director even says he isn’t completely sure what happens, how it ends, or what is reality and what is fiction. This really emphasis the importance of the experience of Second Star; it really doesn’t matter what happens because the film is about something much larger. It’s up to you to decide what that is.
Posted by Kelsey Zukowski at 5:21 PM