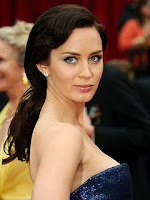 pcoming sequel to Marvel Comic’s blockbuster smash hit Iron Man. Variety is reporting a rumor that Emily Blunt is in final negotiations to play Natasha Romanoff in Iron Man 2. Romanoff is a Soviet super spy who doubles as the Black Widow, a skintight black costume wearing assassin that is enhanced by high-tech weaponry.

If the rumor is in fact true she will be joining 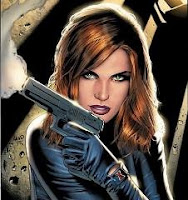 the previously announced villains Mickey Rourke and Sam Rockwell in the sequel alongside the returning cast members such as Robert Downey Jr. and Gwyneth Paltrow, while on a rather sad note; actor Don Cheadle will be replacing Terrence Howard for the role Jim Rhodes aka War Machine.

No official word as of yet on what type of role will the Black Widow play in the Iron Man Sequel, will she play a hero, villain, or a love interest to Robert Downey Jr’s character Tony Stark. This and more will be answered as it unfolds.

Blunt is best known for her role in The Devil Wears Prada, The Jane Austen Book Club and Charlie Wilson's War. She is also starring in The Wolfman with actor Benicio Del Toro, The Wolfman is scheduled to hit theaters everywhere November 6th.
Posted by Clifford Kiyabu at 12:36 PM