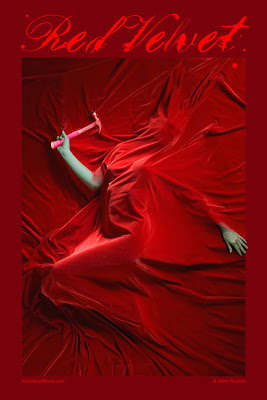 Plot: A man and a young woman have a chance encounter at a Laundromat which leads to a story about a birthday party where everyone has been killed by a madman in a white jumpsuit.

The story is about: A young man and young woman who meet at a Laundromat turn a simple laundry day into an afternoon lunch date. As they get to know each other, bizarre stories begin to unfold, some fact, some fiction about each other's past. Eventually, the Young Man delves into a story about a birthday party whose guests began to be systematically killed off by a maniac in a white jump suit. The Young Woman, oddly enough, becomes more and more intrigued with the tale as the mayhem mounts. Is this the beginning of a beautiful relationship or a building block leading to a day ending in madness beyond fairy tales?

My thoughts: What’s in a horror story that attracts so many into its web of death

and dismemberment? No matter what a person’s beliefs or lifestyle may be, we are all so driven into wanting to feel the thrill of fear. May it be on a supernatural scale or your typical slasher flick, everyone loves a good story, especially a scary story, even those who claim to dislike the genre still hold a curiosity towards it, because deep down everyone loves the thrill of fear because fear is what gets our hearts pumping and we get a certain sense of enjoyment out of watching others suffer at the hands of an evil force. To which you could say that to a certain sense that makes everyone just a bit cynical deep down inside for that matter. When I sat down to watch a film called Red Velvet I thought to myself that: it would be just another sad case of modern horror trying to be a carbon copy of previous films in its genre, but to my surprise this film was nothing of the sort, in fact it was a return to the iconic slasher area of the 1970’s and 1980’s, or as I like to call it the ‘GOLDEN AGE’ of horror films. But don’t let that give you the impression that this film is only for old school horror fanatics like me. But instead the exact opposite, the film, though it’s style may give one the impression that it’s trying to copy films of old it’s actually paying homage to the good old fashion horror genre while at the same time dismantling the original ideology behind it and coming into its own as a bloody stylish slice of gory entertainment.

new hybrid class of horror and has a lovely touch of originality that hasn’t been seen in its genre in a very long time, the film’s plot is a very unique one that was (And this may come to you as a shock to hear me say it) original and kept me on my toes pretty much the whole way with twists and turns that will keep you guessing. And let me not forget to mention the horrific kills, oh the kills is the thing which really makes it so eye catching at times because though it may not be a huge kill count like some films, the death scenes are so unique from each other that it will stay with the viewer after it’s over, which really show how much the filmmakers are thinking outside of the box with this one. Without giving away too much spoilers, one of the graphic death scenes includes a man being gruesomely cut in two with a two-man saw right down the middle of his head. And if that wasn’t enough it appears that the filmmakers have a very sickly twisted sense of humor for that matter, which to be honest is actually a good thing because some horror films need a little humor in it every now and then and with Red Velvet the viewers get exactly that, it gives the viewers something to laugh inwardly about even during the most disgusting and disturbing of death scenes. But don’t let that description make you think the film is all about death and jokes (not entirely that is). Because the film does have a strangely bizarre side that one could say is almost dreamlike and surreal in the same manner that ‘Donnie Darko’ and ‘Psycho’ was, sort of speak. And for me it was a very thought provoking movie because it’s bizarre dark undertone doesn’t just touch the film’s plot, but every single detail of the film is covered in it.

at it’s like being stuck in a madman’s dream with no clear escape in sight, but in a good way. What makes this film truly entertaining though is the seemingly adventures imagination the two main characters’ Aaron and Linda (Played by Henry Thomas and Kelli Garner) have. As the film starts off with a bummed out Linda who encounters an angered Aaron at a Laundromat by chance (even though they’ve been next door neighbors for an incredible long time) they don’t quite hit it off so well at first as the two are in a consent argument over each other, but after some time settles between them, it leads to Aaron telling a story about a birthday party where everyone is killed by a crazed killer that is unlike any other I’ve seen in quite some time. My only problem I had was that the film doesn’t give the main characters enough development for the viewers to appreciate them enough to feel anything for them and because of this there’s an emotional disconnection from the characters if only there was a little more development done I would have felt something for them whether than feeling nothing at all in their most darkest moments. However, even though the film lacks in character development, it does very much entertain. And like all film I watched I did a little research, and to my surprise I learned that the filmmakers are from Hawaii (the island of Oahu to be exact) which honestly makes a lot of sense after watching this, because there were some hints in the film that gave me the impression that they either was from Hawaii or visited the islands at some point, and take it from someone who’s from the islands like myself, it’s clear that though they may have left Hawaii, Hawaii has not left them.

As for the acting: Well, what can I say? It’s pretty much a mix bag 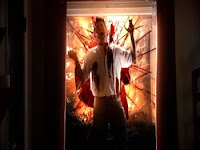 on this one. While I thought some of the actors did great and some fairly good, I also thought some were just awful. Henry Thomas did a fine job in the role of ‘Aaron’, it’s clear that he put some hard work into his performance, and it’s nice seeing him in a fairly decent starring role again. it’s just too bad he isn’t a lead star in much more films now days, because he’s a much under-used talent in the business and it’s sad to see good talent like that go to waste. Kelli Garner was excellent as the ‘Linda’ she gave the character a lovely blend of saucy meets sexy, and I have no doubt that it won’t be long before this little vixen starts making a real name for herself in the business. Eric Jungmann did okay, though I was a little disappointed with his performance overall, because I remember him from his earlier years as an up an coming actor when he started appearing in minor roles in films like “Varsity Blues” and the not so humorous parody film “Not Another Teen Movie”, I really thought that with ten years of experience on his résumé he would gotten out of the position of always being ‘THAT GUY’ in all the films. And it seems that not only has he remained stuck in a rut, but he hasn’t expanded his ability to perform outside of his surroundings as an actor nor has he bettered the quality of it either. However I’ll still hang on to the hope and idea that he’ll broaden his career in the near future. Michele Nordin was moderately sufficient in her performance but was not entertainingly appealing to me, aside from her showing off her assets (And what fantastic looking assets they are!) I didn’t quite see anything about her in general that would make her stand out individually in the film, other than the fact she’s just eye candy thrown on screen for the male audience’s pleasure she seemed rather two dimensional and because of this I just could not relate to her character in the film nor her performance. Bret Roberts was great; I honestly tip my hat to him for giving a really good performance because few actors can pull off what he did in the film. First he was heterosexual in one part of the film and then he has a change of character later on where he becomes homosexual and pulls both off in a rather believable manner. Cristen Coppen and Natalia Baron was okay, but much like Michele Nordin, I didn’t find anything eye catching with their performances that would make them stand out in the film. Ryan Doom and Kevin Wheatley were my two lest liked actors in the film, because while I felt Doom over did his character to the point in which it came off as unbelievable, Wheatley came off as annoying to me because he really didn’t fit in with the rest of the group and seemed more like the un-cool dork trying to hang with the cool kids which I found to be such an overdone stereotype.

Final Say: Red Velvet was a very (Dare I say it) bloody entertaining film for me, and though I may have had a slight disagreement or two with certain parts of the film, I really had a lot of fun viewing it’s campy yet disturbing undertone and wouldn’t mind revisiting this coming of age horror film one day. I recommend it!

Copyright 2009 TCWreviews.com
All Rights Reserved
Posted by Clifford Kiyabu at 2:13 AM