A Tribute To Elizabeth Taylor!

Someone once asked me; what was the definition of a true cinematic class act? To which my replay was; look no further than Elizabeth Taylor, a woman who always strived big and never failed in her goals and managed to make it look all too easy before our very eyes.

I won’t dare go into reporting what the entire world already knows, that cinematic enthusiast’s everywhere lost a great star the Hollywood skies will never see the likes of again. Instead why not celebrate the life that once was and how her triumphs both onscreen and off influenced the lives of millions all over. Most people remember her for her most memorable cinematic roles or by her personal life off screen which was always plagued with controversy. But not everyone knew that Taylor appeared in her very first motion picture at the age of nine in the 1942 black and white Universal Pictures film “There's One Born Every Minute” alongside Little Rascals’ star, Carl 'Alfalfa' Switzer, the film would prove to be her only film by Universal Pictures before a falling-out which lead to allegations of rumored differences with the studio that lead to her sinning with MGM, but make no mistake “There‘s One Born Every Minute” stands as the stepping stone to her greater career. A year later she’d return to the spotlight co-starring in a small role in “Lassie Come Home” a film that would prove to be a blockbuster success of it’s time, she would later appear with her fellow Lassie Come Home Co-star Donald Crisp in the film “National Velvet” a film that also starred a young Mickey Rooney and Angela Lansbury. Afterward she’d return to the Lassie franchise in a entirely new role but this time as the leading human star in “Courage of Lassie”. 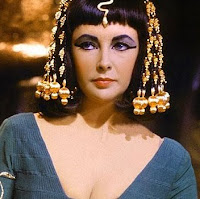 ome she’d play the lead and others the co-star. Then in 1950 she’d go on to shine in the classic comedy “Father of the Bride” a film that would prove to be so successful that a sequel was immediately spawn the following year called “Father's Little Dividend”. by this time she had rose to being a name to be reckoned with in the business and had gone on to appear in a array of films following the years, but in 1963 she would go on to playing her biggest role yet. She went on to play the last pharaoh of Ancient Egypt in “Cleopatra” alongside some memorable classics which included her then soon to be husband, Richard Burton, and actor Martin Landau and Roddy McDowall. Many will also remember her for being a captain of industry having invested in multiple jewelry and perfume lines and having developed a line of jewelry and perfumes of her own.

Taylor’s career was filled with a great many achievements, but those achievements didn’t come without it’s f 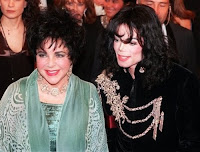 air share of baggage. She had a troublesome road of rocky marriages over the years that drove the press into a crazed feeding frenzy of gossip and rumors that soon captivated folks everywhere, but like a true star she’d always bounce back without skipping a beat because that was the type of elegance and grace she commanded in both show business and her personal life. People who knew her personally have said over the years that she was the type of person who carried the kind of attitude towards people that if she liked you, then she was your friend and there was no ifs or buts about it. You where stuck with her friendship no matter what firestorm would hit you because that was the type of loyalty she had for those she called friend, after developing a close friendship with singer Michael Jackson she proved her loyalty by being one of the very few stars who stood by his side during his trials of child abuse allegations to which Jackson was found not guilty on all accounts. Later she attended Michael Jackson's private funeral on September 3, 2009. remaining a true friend to him in the end. But her biggest attributes was none other then her devotion to her causes.

She’d been a major activist and humanitarian towards the fight against HIV and AIDS. Her advocacy efforts and funding to HIV and AIDS-related projects and charities proved to be inspiring, she was also one of the very first celebrities who stood up as a champion for those with the disease long before anyone in the business wanted to associate themselves with it, she spent decades holding fund raisers to get proper funding and confront the discrimination of those with the disease and fought to expand research, treatment access, much proper education on the disease, and government funding to find a cure.

In hindsight Elizabeth Taylor is a true class act who’s legacy will no doubt stands the test of time as a legends in the industry and in life and will serve as inspiration to young women all over that no matter what some might think of you, or what they might say you can or cannot do, as long as you stand your ground and remain true to yourself and those around you anything is possible… the skies the limits. 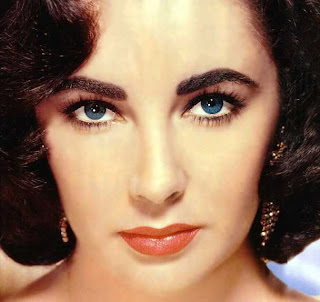 Posted by Clifford Kiyabu at 9:01 AM