Concept Art of Pinhead And Other Cenobites For Possible “Hellraiser” Remake!‎ 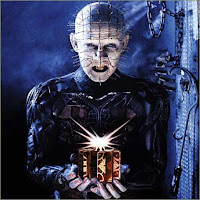 Not long ago, I posted an article about the horrifyingly awful Hellraiser sequel; Hellraiser: Revelations, which was visually hell to say the least (and believe me it was not a complement on the film). Long story short, I wouldn’t dare recommend it to anyone, including my own enemies… period. Well I’m not here today to talk about that blasphemous piece of garbage, but rather something else that’s more or less in relation to it, so to speak. As you know, the powers that be in Hollywood is relentlessly determined to remake, reboot and or re-imagine every bit of film property that they can get their money grubbing hands on,. So it was only a matter of time before they’d eventually make their rounds to the Hellraiser franchise. And believe me, after Revelations, I don’t think there is a single fan on planet earth that wouldn’t welcome a do-over on the franchise at this point.

So if you’re eagerly awaiting the new remake as I am, then get ready to become all giddy with glee as Shock Till You Drop has acquired exclusive concept art of what the new Pinhead might look like! conceptual designs that were created for Patrick Lussier and Todd Farmer's Hellraiser remake. These were created by FX vet Gary J. Tunnicliffe of Two Hours in the Dark. As you can see, they maintained some similarity to the original Pinhead design, but encased it in a rather phallic collar. He was going to be joined by another male Cenobite known as "Skinner" and a female Cenobite. Check it out below and afterwards go HERE to see two new Cenobite concepts: 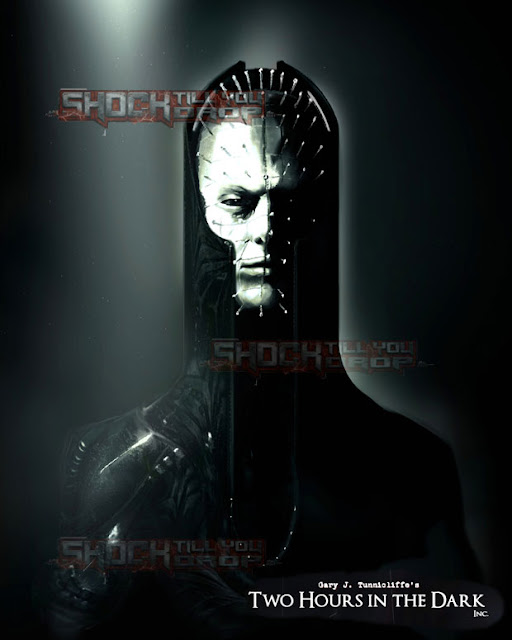 On a sad note however, it was reported earlier this week across the interweb that the status of the remake moving forward has lost some steam in it’s progress. Apparently “Drive Angry” helmer Todd Farmer and Patrick Lussier were attached to the remake, but during the attending of the Los Angeles signing event for “Still Screaming” the due apparently said it was unlikely to happen with them. In a interview with horror website Bloody Disgusting Todd Farmer went on record when asked if they were still involved. “I don’t think so. We developed several versions for Dimension, but in the end we never saw eye to eye creatively. We wish them the best and look forward to seeing what they come up with. We expected when we came back from 'Drive Angry' that we would jump on 'Halloween 3D'. But they wanted to do 'Hellraiser' first, and we were sort of intrigued by the idea. We’ve done probably three different outlines at this point; we haven’t gone to script yet.” you can read the interview in it’s entirety HERE

Tidbit: It’s rumored that Revelations was made specifically as a last ditch effort to maintain the rights to the franchise a bit longer while the studios work a bit harder on properly develop the remake, but only time will if there’s any truth to that, but if that is the case then they better make the wait worth it. For now no dice on the remake.
Posted by Clifford Kiyabu at 6:23 AM