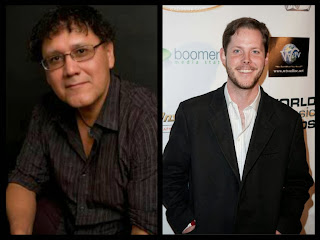 Producer, John Paul Rice, and director, Edgar Bravo, are passionate individuals, creating films that they believe in and feel will have a real effect on their audience. Their film One Hour Fantasy Girl tells the heartbreaking story of a runaway “One Hour Fantasy Girl”, completing any twisted fantasy for that one hour, but without nudity or sex.

One Hour Fantasy Girl is based on actual runaways trying to make it in Hollywood, supporting their dreams by being fantasy girls to try to sustain their self-respect. How closely did the story end up being based in reality?

Edgar: Since we combined the stories of different runaways the story ended up being 80% close to reality.

Brandi seems to be very closed-off, resistant to letting those around her in. When she finally does it seems to be completely crippling. What does this say about the world that has been created around this character?

Edgar: Because of the upbringing that most runaways go through with their families they end up being attracted to people who only want to use them.


John: The realities of this world represented in the film are a reflection of Brandi’s internal state and as Edgar correctly states, it comes from what she knows – her family life. Just like all of us, our viewpoint of the world and the perceptions we have of people are shaped by our upbringing. Based on experience and what I know from interviewing these girls who live in this world, people who don’t trust or let others in have been abused to the point where the moment they feel vulnerable, they quickly try to suppress those feelings. Those they have trusted in the past and at moments in the present have and continue to betray and take advantage of them at their weakest moments. 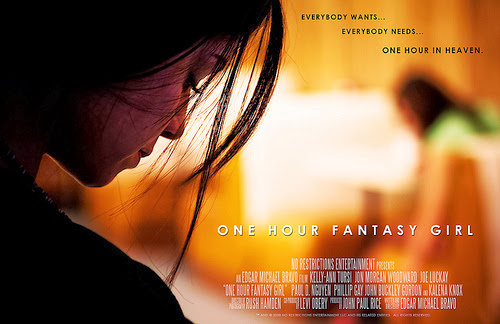 There is an underlying line of deception in the film whether it’s through people’s deep dark sexual desires or through their selfish ulterior motives. Is this a reflection on perceptions of how hard it can be to make it in Hollywood or just the self-interested nature of humanity all together?

Edgar: The deception and darkness found in the movie is found in all parts of the world-just check in to the runaway stories in Russia and Europe and you’ll find similar problems.
John: Some who have seen the film comment on the story capturing an honest depiction of what it is like to live in Hollywood – fantasy girl or not. While I do agree deception is prominent in Hollywood, I don’t’ think it pertains to people’s dark sexual desires or selfish ulterior motives. In the story every character believes what they are doing is right – they just expect her to understand. I believe self-interest can be used to better your world without harming others.


Some of the visuals really struck my eye, particularly at the beginning with wildly bright colors and muted tones of the city and later of Brandi herself. What kind of camera was used for the production and what was the cinematography work like?

Edgar: We used a Panasonic 500 for the night and Panasonic 200 for the daylight and interiors. Using digital allowed us to move faster during the shooting but basic lighting techniques used in films were still needed.

John: We used three DP’s on the film. Rush Hamden shot principle with the HVX 200. Scott Toler Collins actually used two different cameras the HPX 500 for night shots and Sony V1U with a steady-tracker stabilizer for the POV shots of Brandi walking in Hollywood. David Zimmerman III shot on a JVC PRO200 for the flashback/dream scenes. Each DP and camera added a distinct feeling to the movements in the film without ever breaking the style. It was great to see how their styles complemented each other according to the place in the story where they were used.

What were some of your struggles finding distribution for the film?

Edgar: We finished the film in January of 2009 when the worst recession ever hit so no one was offering advances for indie film- we are now getting interest from indie distributors.
John: The economy and the consolidation of the marketplace in 2009 presented challenges for all filmmakers. I’d have to say that the most important aspect of our approach was getting the fan base and others involved before the film was released and messaging. It has literally opened so many doors and opportunities. As a result of building a brand over the past year, the film is now getting offers for world-wide distribution.

How has the online market helped in making One Hour Fantasy Girl such a success?

Edgar: John Paul Rice is an expert in marketing online and connecting directly with the audience has helped has helped so much but the bottom line is that you have to a film that moves you emotionally to have a success.

John: As Edgar said, it starts with the product. The online market has allowed us to reach our audience, learn from them and know who the people are that enjoy this film. When you don’t have millions of dollars to market to a large swath of the population, the next best thing you have is time to test and execute ideas. Doing it with others – co-branding, cross-promoting and sharing – increased the success and reach of the film beyond our initial network and it continues to grow as does our knowledge and experience. Since the film generally moves people and elicits strong emotions, next up for us is to give that feeling action by incorporating charitable causes that go beyond just the film experience.

What are some of the ups and downs you have experienced as independent filmmakers and dealing with micro-budgets?


Edgar: Not enough time to shoot- we completed principal photography in 14 days and we’d love to feed our cast and crew better.

John: One of the best things my former boss from Mandate Pictures, Joseph Drake told me years ago is that you will never fully appreciate (at the time) being in a situation of challenges of limitations which often go against what you want… but it is in those moments of challenge that you find out how good you are, what you are truly capable of doing. It made me a better producer. Telling a story you believe in and sharing a passion with others who want to do well makes it the most enjoyable, regardless of the budget. It’s exciting to work with a cast and crew who share that enthusiasm.

What are your hopes of the future for your production company, No Restrictions Entertainment?

Edgar: We want to continue to make films based on scripts that move us and enable us to work with people who share the same passion.

John: Our goal is to make one film a year and so far that has proven to be reasonable with two down in two years with a third to shoot in 2010. With each film, our goal is to work with the most talented professionals in front of and behind the camera who have a passion for their work and craft.

John: I recently saw the first rough cut for The Magic Stone and it turned out to be one of the better rough cuts I’ve seen. We have a ways to go on the completion of the film and need to raise additional funds for post. We knew this going into shooting and the same was true with One Hour Fantasy Girl where we were able to show well-edited clips to investors and were able to raise funds in stages to complete.

The Boy Who Couldn’t Say No is a larger budgeted film that requires sellable names to make back its budget in distribution sales. If we can’t raise the funds for Boy, this fall we will shoot a story Edgar and I wrote a few years back called “Slave Boy”, a psycho-drama/horror film that is being re-worked and now entitled “Mother’s Red Dress.” I am excited about both films and know the impact of these two films will be very strong and wider in scope than our previous films.
It seems like there is a decent amount of range in these projects. Is that your goal to create and approach different types of material, characters, and themes?

Edgar: Yes, we believe powerful stories can be told in all genres- horror, comedy, etc.- We very much enjoy tackling the challenges that each genre brings.

John: I look at the range of stories we have and their respective genres as being driven by the storyteller’s point of view. When Edgar wrote One Hour Fantasy Girl, he didn’t say, “Let’s make a coming-of-age drama”, the same is true with The Magic Stone, a psychological thriller or The Boy Who Couldn’t Say No, a dark comedy. The stories and characters come from a place of belief within Edgar, inspired by others. When looking at other filmmaker’s work, you can often see their beliefs guiding their choice of material, characters and themes that reflect their particular view of the world.
Posted by Kelsey Zukowski at 10:57 AM