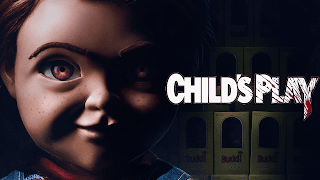 Review: The original Child’s Play has a very important significance to me. It’s the film that traumatized as a child. To a point that, I developed a paralyzing phobia for dolls. By the time my tween years rolled around my phobia had reached it’s peak level of intensity when being in the same room as a doll would result in extreme hyperventilating, sweating, and the inability to think rationally. Needless to say, I was pretty fucked up thanks to that little fucker. I did, however get over my fear of the movies some time ago and have even learned to appreciate the movies for it’s dark sense of humor along with blood and gore. The fear of dolls is still very much still there mind you, but it’s a slow work in progress.

But I digress. I hold the original Child’s Play, and more importantly the original Chucky up there in high regards. Right next to Freddy Krueger, Jason Voorhees, Michael Myers, Pinhead, and even Leatherface. but, more specifically to say, much like Freddy and Pinhead, and that there is only one of them. So I was pretty damn skeptical about Orion Pictures’ remake. You can’t just replace the vocal genius of Brad Dourif. Not even if it’s with the likes of another master of the vocal arts such as Mark Hamill. You just don’t! And besides. Remakes are never an easy task to begin with. like any franchise it is incredibly difficult to reinvent that in which has already been established, whether it be the story, or the character itself. And yet somehow against all odds Orion Pictures managed to do just that with it’s 2019 reimagining. Similarly to the ogrinal, the reimagining is a bit of a slow burn in it’s first, and most of it’s second act. Though much dfferently from the original, the 2019 film goes about the story progression in a completely different way. Removing the supernatural aspect of the original, and the soul of serial killer Charles Lee Ray and replaced with an artificial intelligence made by the Kaslan Corperation (this movie’s universe equivalence to Apple).

After a disgruntled employee from Kaslan tampers with the safety features of one of the compeny’s Buddi dolls. It sets into motion a chain of horrific events. Chucky doesn’t immediately begin as a murderous doll. He actually begins as a sweet and purely innocent toy, and genuinely loves it’s owner Andy. And wants to do anything and everything it can to make his owner happy. For the most part, Chucky means well and bares no ill will towards anyone (at first). But as the story continues and Chucky is exposed to the harsh elements of life, he slowly begins to develope a more murderous side. The movie pays tribute to the original in many ways, but does not fallow in it’s exact footsteps. It carves out it’s own bloody path which on it’s own merits is pretty damn entertaining and creative. However, It is not without it’s flaws to bare. While the first half plays off pretty strongly, the movie does stumble a bit in it’s second half with the big climax feeling a tad bit rushed, which makes you feel somewhat robbed of the the moment to fully appreciate the payoff that the film was building towards. I also wasnt too excited over the design choice for the new Chucky. Don’t get me wrong. Original Chucky looked ugly as fuck just the same. But the new one looks like Ken’s methhead cousin who lives behind the dumpster of a 7-Eleven. The design definitely takes some getting use to (if that’s even possible). Is it a bad movie? Far from it. The remake/reimagining is a fantastic film teeming with loads of ambition and deserves to be given a fair shake. Is it superior to the original? Nope, the original is a classic that cannot be beat.

Final Verdict: Child’s Play (2019) is a bold and fresh new take on a iconic character and I look forward to see what Orion Pictures has planned for it’s future.