REVIEW: BIRDS OF PREY: AND THE FANTABULOUS EMANCIPATION OF ONE HARLEY QUINN (2020) 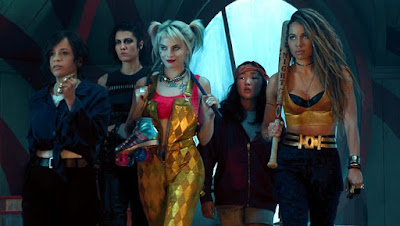 Review: 2016’s Suicide Squad is probably one of my least liked in the DCEU brand. There were a lot of great ideas behind it, but ultimately it’s potential was wasted with a poorly constructed plot and bad editing. But one thing that truly stood out as a saving grace for the film was without a doubt, Margot Robbie as Harley Quinn. There is simply no denying that she stole the film with her larger than life performance as the character, which generated major demand for more Harley Quinn in the DC Universe. For a while the potential of a solo Harley Quinn movie seemed very promising, even a Joker/Harley film which would have seen her fabulous emancipation from the clown prince of crime. But alas, none of those panned out quite as hoped. Instead, we got “Birds of Prey: & the Fantabulous Emancipation of one Harley Quinn.” A mouth full, for one, and almost nothing to do with the actual Birds of Prey. But that isn’t to say Birds of Prey is by any means a bad movie. It does have it’s pros and at it’s core, is quite entertaining. However, it is also a very problematic film, which I will elaborate on later in this review.