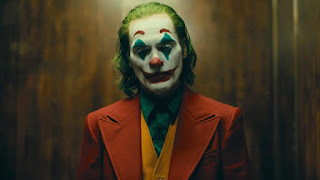 Review: Joker isn’t quite your average comic book movie. In the sense that, it isn’t really one at all. Remove the name Gotham City, the Waynes, and Arthur Fleck, and what you have is a psychological character peice focused on a troubled man suffering from mental illness brought on from years of abuse (both physical and mental) by his mother, whom also suffers from her own mental issues. The city in which Arthur lives in, is a cold and heartless place completely divoid of empathy and warmth.

There is only the haves and the have not. Gotham’s privileged few, and those trapped in the city’s underbelly. And it’s the privileged who are calling the shots. In Alan Moore’s 1988 masterpiece The Killing Joke, there is a moment in which Batman’s arch nemesis, the Joker, mentions the “One Bad Day” theory, in which the most sanest of men can be driven completely mad through the act of a single bad day. Proving that under the right circumstances anyone can be like the Joker if pushed to their limits. And maybe deep down inside us all, there in lies a hint of what makes the Joker, Joker.. While not exactly the same for Arthur Fleck in terms of a single bad day, Arthur is a man who has battled his own demons his entire life. We witness his fragile state gradually decline into madness over the course of the film. What happens to a man who dances ever so closely on the very edge of sanity in a city that does not care about helping society’s most vulnerable?

Joker is a deeply unsettling and bleak movie that strives to make you feel an unwavering sense of discomfort throughout. Hanger director Todd Philips, delivers a movie that makes you sympathize with it’s title character but only to a degree. There is most certainly a point in Joker where you, the viewer, realizes that Arthur has crossed a line, and is heading down a path in which there is no return from.

Joker is without question an amazing film. But far from perfect. In my opinion, Joker suffers from number of issues. Most noteworthy being a plot that is hardly original. After having seen it I also conclude that it’s also an overly hyped film. It’s not nearly as violent or as some opponents of the film have sited as “dangerous”. This is a huge misconception of Joker. Disturbing? Yes. Unsettling? Oh you betcha! But violently dangerous? Not even close. The odds of this movie inspiring real life violence is as likely as My Little Pony inspiring the next World War. And if that happens then I’ll gladly eat crow (oh please god don’t let me be wrong!). The movie tends to drag on a bit longer for my liking in it’s second act, but to it’s credit that is easily forgiven with Joaquin Phoenix’s fantastic proformence. While I don’t think the movie itself is deserving to “sweep the Oscars”, I do think it will be a damn crime if Phoenix isn’t at least recognized for his bone chilling performance.

The cinematography was something I appreciated. Particularly the way the film goes about it’s color schemes. Some scenes have a notably blueish hue, while other scenes have an almost orange like hue. One thing, however that was a bit of a turn off was the fact a chunk of the plot is centered around the Wayne’s. And that Bruce was used as a plot device at one point. As a long time fan of Batman it has always bugged me when there is an attempt to link Batman’s origin with Joker’s. It’s highly possible for these two individuals, Gotham’s Dark Knight, and it’s Clown Prince of Crime, to be arch nemesis that battle through the ages and not be as strongly linked to each other. Especially Batman. Because in my opinion, it feeds into the whole “Chosen One” narrative. This is something Burton misunderstood about Batman. And despite how amazing his 1989 classic is and how much I adore it, I never fully got onboard with the idea that Joker is somehow responsible for making Batman. This is something Nolan understood right away when making The Dark Knight. And sadly, Todd Phillips did not.

Final Verdict: Overall, while it isn’t perfect. Joker is a pretty engaging film that will stick with you for quite some time. It is worth checking out at least once.