THE BOONDOCK SAINTS ARE BACK!! COMING TO AN APPLE MOBILE DEVICE NEAR YOU OCT. 28th!

Without giving fans a chance to catch their breath from the release of the long awaited sequel, a two-issue comic book series was then released as a companion to the movie with an extended graphic novel is now on it’s way with extra content not currently available offline. Before reading on, it is highly recommended that all fans and Boondock Betties say “In nomine Patris, et Filii, et Spiritus Sancti” for the news in which they are about to receive.

As earlier reports circulating the web about a possible Boondock Saints game on it’s way were just brushed off as rumor, it is now official; A Boondock Saints Mobile Game will be blasting it’s way onto the Apple App Store for the iPhone, iPod Touch and iPad later this month [Oct. 28th]. 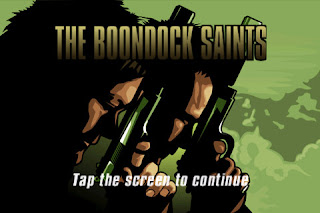 Bringing the same explosive action and attitude that fueled the iconic, cult-classic movie, players will unleash the deadly skills of the brothers MacManus in this unique top-down shooter game, experiencing an exclusive Boondock Saints story created just for this game. Play as Connor or Murphy with special appearances from familiar faces from the movies while on a righteous mission of revenge. A wide range of weapons are at your disposal, including Molotov cocktails and stun grenades to take out determined foes. As you progress through the game, tattoos are placed on the brothers to mark completed missions. On the walls of the tattoo parlor are links to Facebook, Twitter and Open Feint where players can track achievements and communicate with friends. In addition, scenes from the films will be available on the iPad. 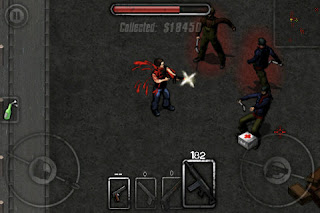 The Boondock Saints Mobile Game will be available in the Apple App Store on Oct. 28th for a limited time launch price of $1.99 (through Nov. 1st in celebration of All Saints Day. Thereafter, price will be $2.99.)
The game App complements the newly released Boondock Saints Official Soundboard featuring the greatest one-liners from the films.

With the holiday season just around the corner, the game would make the perfect little gift or treat to any Boondock saints fan or Boondock Betty out there and with the low set price of a few bucks, who could go wrong, right?
Posted by Clifford Kiyabu at 1:29 PM