Since the start of TCWreviews.com. We’ve pride ourselves with the notion that we present to our readers with critiques built on high standards and quality writing, presenting only honesty and an unbiased moral high ground, though because we allow vast freedom of speech among our writers there’s always going to be a spin zone due to difference of opinions, and from time to time one or more critics here will voice their opinion in a completely different direction of the others. So in the sprite of outspoken voices we at TCWreviews would like to present what we hope will be the first of many editions of Critic Vs. Critic!

Tonight TCWreviews’ Editor in Chief and Chief film critic Clifford Kiyabu sits down with fellow film critic, columnist and colleague Kelsey Zukowski. In this edition of Critic Vs. Critic: we talk about Platinum Dunes remake A Nightmare on Elm Street (2010) directed by Samuel Bayer. 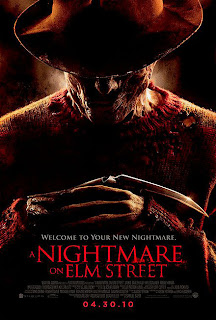 Clifford: Much like most people who grew up watching horror films as a child I was a mega fan of the Elm Street franchise, while most kids were too afraid to watch then alone talk about these films. I was staying up late into the early morning hour watching horror icons like Freddy Krueger, Jason Voorhees, and Pinhead. So when Platinum Dunes started remaking everything I grew up with I felt like my childhood memories were being devoured right before my very eyes (with the exception of The Texas Chainsaw Massacre (2003)) and it certainly didn’t make things any better once the announced plans for an Elm Street remake was in the works. I immediately went on the fence about it because when push comes to shove you‘re only going to take so much before you start pushing back. However, shockingly enough it didn’t turn out as bad as I’d originally thought it would, because it, in my opinion, brought to the table what the filmmakers had promised, a completely new and fresh take on a franchise which kept to the same predictable themes for more then 25 years with little new marital to work with. So as much as it pains me to say it, a reboot was in it’s own right warranted and weather you liked it or not it’s here and to stay. So what do you think Kelsey?

Kelsey: The one thing I can agree with is that The Texas Chainsaw Massacre wasn’t bad for a remake. It’s actually one of the better ones we have gotten. It held on to that gritty, intense feeling of the first. Platinum Dunes horror remakes only went downhill from there though. It seems like they have progressively gotten worse with each film. The Hitcher was watchable, but only because it was so cheesy and over the top with scenes like somehow Sophia Bush’s character kicking and jumping through the air of a bolted up police van with a mini skirt and shot gun in hand. The cheese factor wasn’t just simply the ridiculousness of this, but how much things had changed from the simplicity of the original, largely underrated film. The Friday the 13th remake would have been an okay film if it wasn’t a Friday the 13th film, because in reality it wasn’t. There was nothing that defined it as such. It could have been any other killer and could have been any other film. It was simply a forced, confused rehashing and it felt like that.

Platinum Dunes reached an entirely different level of disgrace and shameless exploiting when it came to the Nightmare on Elm Street remake. When I first heard about it, of course I was skeptical; remakes alone will give me that reaction let alone one of my all time favorite film by my favorite director and a career defining performance by Robert Englund that gave birth to my favorite villain. I try to have an open mind though and I did with this remake. As it went along my confidence was dropping until it was announced that Jackie Earle Haley would be playing Freddy. Of course I was disappointed that Englund wouldn’t be reprising the role, but I had faith in Haley. He gave a tragic and dark portrayal of a child molester in Little Children, it seemed like he could bring out the twisted shades of a child murderer just as well even if it was a different version of Freddy. Unfortunately, his talents weren’t taken advantage of the version of Freddy we were left with was downright insulting.

Clifford: I couldn’t agree with you more with how Platinum Dunes have been on a one way trip downhill with the quality of their remakes, especially with The Hitcher which I thought was mildly okay seeing that they took a simple good old fashion Thriller and tried to blow it up in proportion which was highly unnecessary and unwarranted. Simple put, there was just way too much cheese being flung around for someone to enjoy it properly (which isn‘t to say I didn‘t enjoy some part of it though) and in my opinion it felt too much like 2001’s Joy Ride then anything else, but I will give it points for Sean Bean who I thought did a great job with his performance. As far as things went with the Friday The 13th remake. I disliked it a lot, much in agreement with you on this subject, I thought everything that was presented was quite enjoyable to some extent, except for the fact that Jason Voorhees was in it. I’m a huge fan of the Friday The 13th franchise, but what made the films so magical was the darkness that surrounded his origins, it was so alluring because it never started with him, though he sure did finish it. Witnessing his own mother’s brutal demise was what made him the killer we all know and love and watching this develop so carefully on the big screen was what made the original Friday so fantastic, I feel director Marcus Nispel failed the fans as well as the character when he decided to rush the entire origins of Jason in a 2 minute credit opening which is disappointing seeing that he directed The Texas Chainsaw Massacre remake. Now let’s get back on point before we end up dissecting Platinum Dunes in general. [Laughs]

Anyway I guess my point I’m getting at here is that I couldn’t agree with you more on the notion that Robert Englund is Freddy Krueger, and Wes Craven will always be it’s creator. But, and this is a big but, we have to face the ultimate facts here, Englund is our Freddy Krueger, he’s our generation’s Freddy just like Christopher Lee is the previous generation’s Count Dracula. We’ll always respect him for playing the original Count just as much we’ll always respect Englund as Krueger. But these are new waters we’re treading in, I mean gosh we’re at a point and time in history where something like Jersey Shore is considered Primetime Entertainment! So if something as WTF like that is passable in today’s day and age I firmly believe that Jackie Earle Haley has the chance at becoming the next generation’s Freddy, and keep in mind that while you’ll probably disagree with me here, it’s not us who’ll be the judge of this but the fans in time, remember when the original was first released in 1984, critics bashed the film, I even remember reading once that a columnist even criticized that it would be forgotten in time and yet the fans like you and me proved them wrong. So keeping that in mind I have to say what I like most about this re-imagining is that it went deeper into who Freddy was before he became the dream demon, and for once we finally get s straight forward answer on weather or not he was a child molester, I perfectly understood that is was always highly suggested in the original films, but there’s a vast difference between suggestion and straight forward acknowledgement, though I highly agree that the dialog was incredibly weak and the one-liners needed more work and the pasting got a little slow at times. So kel what are your thoughts on the re-design of Krueger’s appearance and his new glove?

Kelsey: You make a good point about the Friday remake, they really didn’t show Jason at all as the killer he was. He was a killer, that’s it. There was no real reflection on his motives or who he was and the lack of concentration on his mother took a great deal away. Jason stalks and kills teens for a certain sense of personal revenge for his death, but he has always been fueled by his mother; her actions and the mental and emotional power that she alone seemed to have over him. That being said you’re right, this is a discussion on the Nightmare on Elm Street remake, not Platinum Dunes descent in to ruining classic horror films.

As far as Freddy Krueger goes, it wasn’t just the fact that someone else was going to play Freddy. Of course it posed the question of whether anyone could possibly measure up to the staples that Englund had created. I honestly couldn’t think of one actor that would be an ideal choice, let alone someone that Platinum Dunes would actually go with. Like I said, I was pleasantly surprised when Haley was the choice. Haley was not and never will be Freddy Krueger. Robert Englund would have been a part of this, but I can even understand them wanting to go in a different direction, a younger Freddy. The writing was not there, so any actor wouldn’t have been able to bring life to this psychological gripping monster out of nothing. My point about Englund was just that he created Freddy Krueger nearly as much as Wes Craven did. I am all for a new Freddy, but I refuse to believe that this version of him has any shred of Freddy Krueger in him.

As far as the look goes, I thought it was an atrocious change. He doesn’t look menacing at all. Even the basic shape of it seems so much a much lesser version without the intensity of the red burns that had become a part of Freddy’s face. I also really didn’t like how throughout most of it they almost tried to make Freddy a victim. Even in life Freddy Krueger has always been a villain; never a victim. Was there a downward spiral towards becoming the immortal monster that we know him as? Of course, but that really wasn’t what was depicted here as it should have been if they were going to go at all in to the past. The problem was this wasn’t a re-imagining. Rob Zombie’s Halloween movies are a re-imagining. He has created an entirely new Michael Myers and I embrace that new character and respect the hell out of Zombie to be so bold to go there and bring something new to the table. It’s not an issue of not being able to let go of the original character, I can easily do that, just not when it’s so watered down and stripped of its essence that it just becomes insulting.

READ THE SECOND HALF: HERE

Posted by Clifford Kiyabu at 3:34 PM