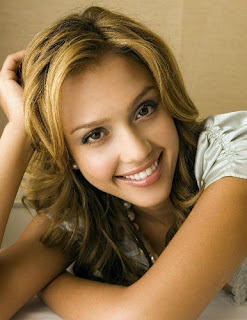 They say all press is good press right? Well Actress Jessica Alba is known for many things, drop dead body, her pretty looks and unmatched charm both on and off camera which has proven quite profitable for her over the years, but outstanding performance skills in not one of them. Granted she’s gone far as an actress and have starred in some very notable roles (Dark Angel keeps coming to mind), however I seriously doubt she’d be accepting the award for best actress in the Oscars anytime soon. So in all the moment’s where all press is good press, this bit is far from being anywhere near to good press.

Recently quoted from her interview in Elle Magazine on the subject of acting, and how to be good at it she gave a piece of advice that should have been kept to herself, what was her advice? Ignore the screenwriters.

She was quoted for saying "Good actors never use the script unless it’s amazing writing. All the good actors I’ve worked with, they all say whatever they want to say."

Now it’s more then safe to say that there isn’t a respectable person in they’re right mind in the industry who would go bat-shit crazy on her for such a comment, however before many had the chance to attack her on her comment famed screenwriter John August (BIG FISH and CHARLIE AND THE CHOCOLATE FACTORY) decided to be the knight in shining armor for his fellow screenwriters by saying this little tidbit on his blog following the events of her interview.

I have to believe she was misquoted, or excerpted in some unflattering way, because Jessica Alba couldn’t have actually said (the quote).
Oh, Jessica. Where to start?

Scripts aren’t just the dialogue. Screenplays reflect the entire movie in written form, including those moments when you don’t speak. Do you know the real reason we hold table readings in pre-production? So the actors will read the entire script at least once.
Following your logic, you’ve never been in a movie with both good actors and amazing writing. That may be true, but it might hurt the feelings of David Wain, Robert Rodriguez and Frank Miller.

You’re saying your co-stars who delivered their lines as written are not “good actors.” Awkward.

You’re setting dangerous expectations. So if an aspiring actor wishes to be “good,” she should say whatever she wants to say? That’s pretty terrible advice.

Screenwriters can be your best friends. We are pushovers for attractive people who pay attention to us. I wrote that bathtub scene in Big Fish because Jessica Lange made brief eye contact with me. So if you’re not getting great writing — and honestly, you’re not — ask to have lunch with the screenwriter. I’ve seen you on interviews. You’re charming. That charm could work wonders.

Again: I know that quotes often come out in ways we never intended. It’s lacking context — though the photos are lovely. (Hi, Carter Smith!) I’m calling this out just so we can all hopefully learn something."

I’m just as optimistic as August on this subject too and hope it was taken out of context and she was misquoted, because if she wasn’t then she’s opened a Pandora's box of problems for herself which could potentially hurt the relationships she’s built with respectable filmmakers and screenplay writers she’s worked with in the past and possibly hindered future opportunities in the process.
Posted by Clifford Kiyabu at 10:55 AM