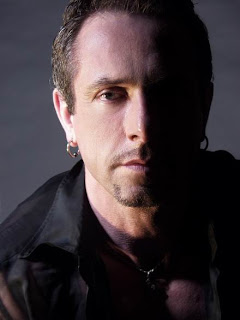 Normally I’m against studios’ doing remakes, re-imaginings and reboots to some of the horror genre‘s iconic slashers (With a few exceptions of course). But there comes a time in a franchise’s run where you’ve got to admit to yourself that it has run it’s course and is in dire need for a restart. Case in point; the Hellraiser franchise, which if you were alive during the 80s or 90’s then there’s no doubt that you’ve probably heard of Pinhead and his gang of Goth attire wearing Cenobites! After the first three films the franchise began to go down hill, though the fanboys will argue that it was after the second film since the third film lacked the same spirit as the previous two.

But anyway, you’re probably asking yourself what does this have to do with Clive Barker? Other then the fact he‘s the creator of the series of course. The film company Dimension Extreme whom is the current holder of the franchise is distributing a new edition to the Hell series’ called HELLRAISER: REVELATIONS, which is being heavily criticized by fans and critics alike for being produced on a ultra low budget and not having veteran actor Doug Bradley attached as the iconic S&M Demon Pinhead to say the least. But now adding fuel to the fire is Clive Barker weighing in by publicly voicing his own opinion about the new sequel via Twitter. This is what Barker had to say: “Hello, my friends. I want to put on record that the flick out there using the word Hellraiser IS NO FUCKIN' CHILD OF MINE! I have NOTHING to do with the fuckin' thing. If they claim its from the mind of Clive Barker, it's a lie. It's not even from my butt-hole.”

Wowzers! So it’s not even from his own a** huh? Now that is what I call some harsh words folks, then again I wouldn’t blame him for being so angry about what the film studios’ did to his pride and joy over the years, especially after seeing that some of it was outright blasphemy to the lore. But if you’d like to take a gander at what ticked him off so badly then take a look for yourself at the video below:

I don’t like to Judge a film before I’ve seen it in it’s entirety, but damn that looks painfully awful! The latest sequel is scheduled to be realest early September via VOD and hit DVD and Blu-Ray on October 18th. Meanwhile, there isn’t much news on when exactly production for the remake will actually begin, but the film is slated for a 2013 release with Barker attached as producer and will be supervising the production.

Tidbit: So do you think the remake has a shot at returning the franchise to it’s former glory?
Posted by Clifford Kiyabu at 2:54 AM