2008 was definitely the year for Batman fans everywhere. Though, it was stricken hard with the lost of one of the franchise’s greatest stars to ever grace the role of the caped crusader’s arch nemesis, the Joker, the film was easily dubbed the Batman movie that fans had waited decades for.

Now it’s no secret that we don’t cover all news bits that hit the web on a daily basis (mostly due to being understaffed), but when news such as this hits the interweb, you’d have to be utterly insane to remain quiet about it. Christopher Nolan’s epic conclusion to his Batman saga is still almost a year away, and fans are clamoring more than ever for any piece of news regarding THE DARK KNIGHT RISES that they can get their little hands on, since Nolan surprised everyone with the teaser trailer to the next Batman installment earlier last month. If you don‘t want to read any spoilers I highly suggest you stop reading this post now. [WARNING SPOILERS AHEAD] Well can you imagine the look on my face when I stumbled upon Joblo this morning and came across full onset photos of actor Tom Hardy in full Bane gear kicking Batman’s ass in broad daylight! 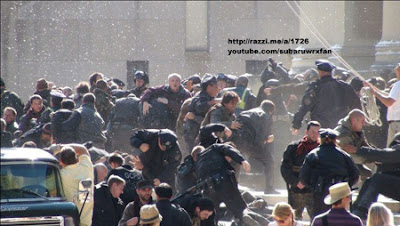 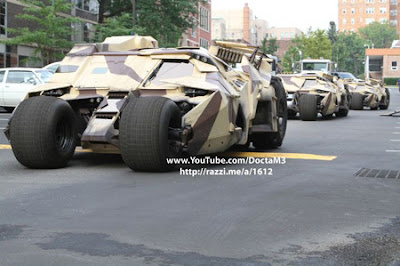 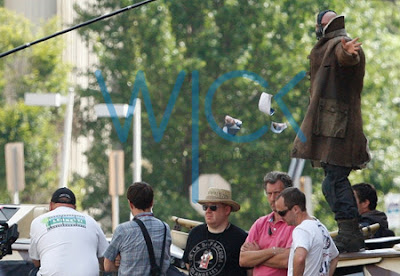 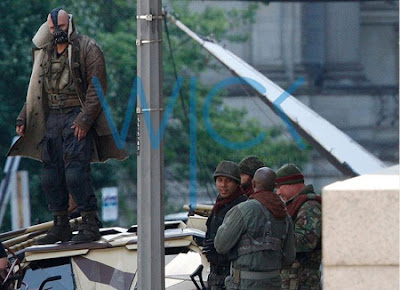 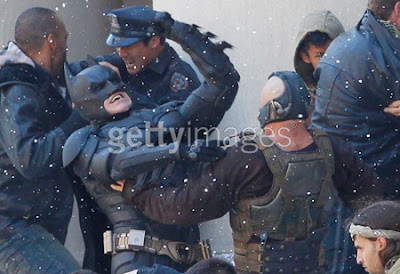 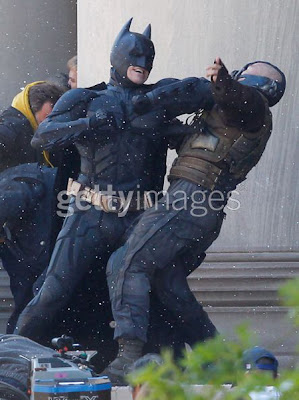 Yep that’s right, the pictures above display what appears to be Batman (Bale) getting his ass beat downed by none other then Bane (Hardy) in broad daylight in what appears to be a riot of some kind, and what even further boggles the mind is that we see not 1, not 2, but 3 camouflaged variations of the prototype military vehicle known as “the Tumbler” AKA The Batmobile in the last photo which can only conclude that these camouflaged variations don’t belong to the caped crusader but in fact belongs to Bane and his henchmen. But that’s still yet to be seen though, at least until the good people over at Warner Bros. confirms this little piece of news for us.

Meanwhile MovieWeb has on-set photos of actress Anne Hathaway NOT in uniform (I know how you feel) as well as photos of Marion Cotillard. Not sure when we’ll get a chance to see miss Hathaway in full outfit glory, but I’m willing to bet it’ll no doubt be before the year is over. The Dark Knight Rises will be due out in theaters July 20th, 2012 and stars Christian Bale, Morgan Freeman, Michael Caine, Gary Oldman, Tom Hardy, Anne Hathaway, Marion Cotillard and Joseph Gordon-Levitt. The film will be director Christopher Nolan’s last Batman film, as it will conclude his epic Bat-Trilogy. 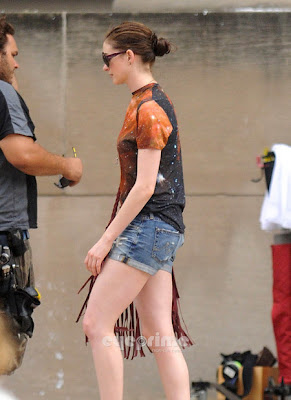 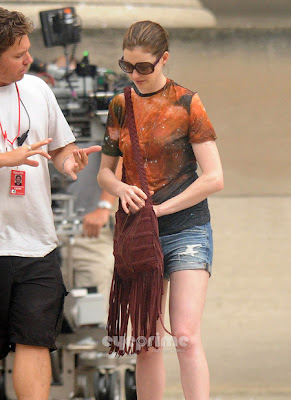 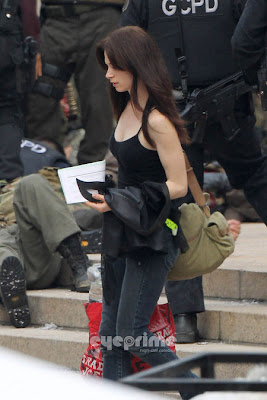 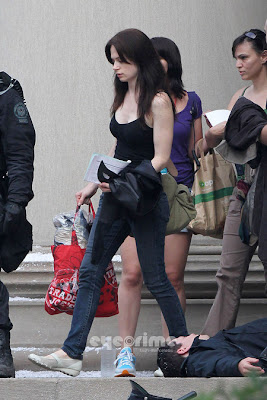 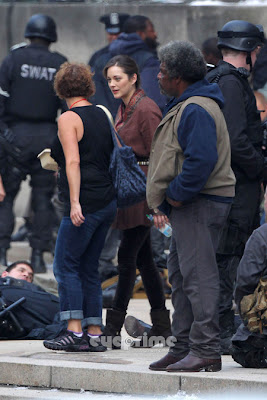 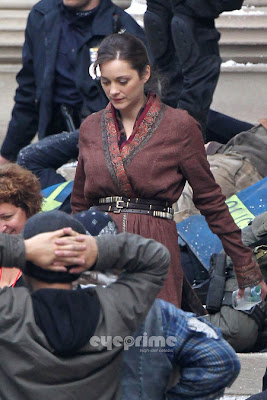 ﻿
Side Note: I don’t know about any of you, but this is probably the first Batman film where my anticipation is not to see the villain in action, but rather seeing Anne Hathaway in full Catwoman gear. I mean, come on!
Posted by Clifford Kiyabu at 1:47 PM