It’s been an awful long while since we’ve last posted anything regarding the dark drama “What They Say” on here, and I know for a fact there are some of you out there that are itching for some indie news. Especially one as gory as this project, so wait no further my gory maniacs because not only do I have word on the outlook of the project’s current statues (Yeah, I’ve got a man on the inside;)), but also some brand spanking new stills as well as a brand new trailer that just screams Yeah baby, yeah!
Alright now, on to business shall we? I’ve got an update on the current status of What They Say, and the word is it wrapped production in the end of May after filming over the previous month. Post-production is well underway, with a first edit and new trailer completed. Screenwriter, Kelsey Zukowski, says, “It was really amazing seeing Heather’s original vision and the script I had created come to life before me on set. With the extremely talented and dedicated group of individuals behind the film and the dark, disquieting, and phantasmagorical nature that emerged, I have the up most faith that What They Say will be just as powerful as we imagined it could be”. The film is set to premiere at the Chicago Horror Film Festival in September, which Dorff will be hosting. From there it will continue a 6 month festival run before it’s DVD release. 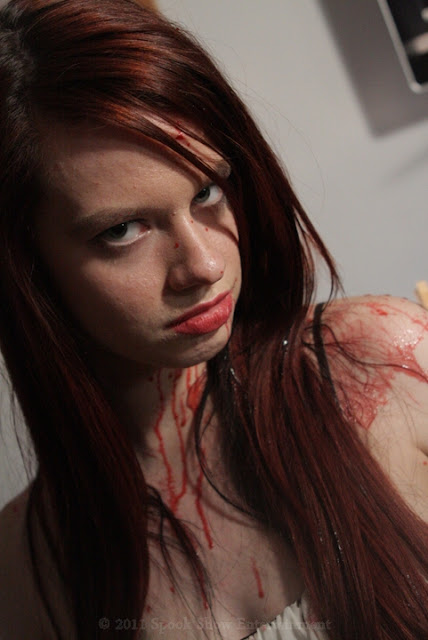 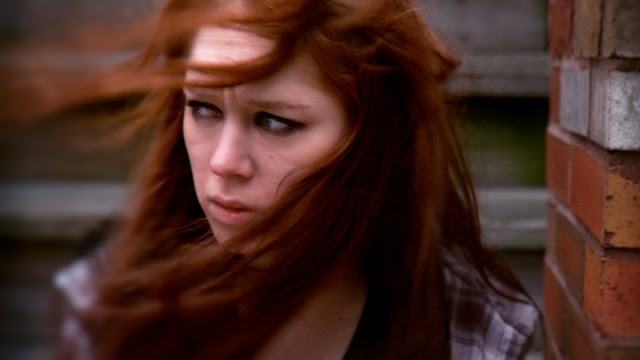 For those of you who’s stumbling across news of this project for the first time here at TCWReviews, What They Say is based on a short story written by first-time producer and star of the film, Heather Dorff. Dorff Says “There is no true way to verbalize what this project means to me. This has been a tough, scary, and draining process, but it was very much worth it. The end result will prove just how much the entire cast and crew have put into this film.”

Synapses: They thought she had the perfect life; wealthy and privileged, an honor student with her whole life mapped out. What they didn’t know was what lied inside of her; pain and anguish; tearing at her until there was nothing left. Lost and alone, the young women (Heather Dorff), finds solace in the form of a glistening blade, splitting her skin deeply. Her obnoxious sister (Kelsey Zukowski) and her self-indulgent mother (Kitsie Duncan) are completely oblivious to her inner-turmoil. She has long since become numb to the world around her, getting that sensual release as the razor cuts deeper, watching the blood drip is all that matters. As soon as the last drop falls, the calm is stripped away from her with it. How far will she go to silence the hunger that now consumes her? Will she be able to regain control of her life, body, and sanity?

Evil lies within. How long will it stay there?

What They Say is Directed by Justin R. Romine (Afraid of Sunrise), And is written by and stars up and coming actress Heather Dorff (Original Story by) and was adapted into a screenplay by TCWReviews’ columnist and resident film critic, Kelsey Zukowski, and will also star a supporting cast which includes: Kitsie Duncan, Tina Renee Grace, Jolene Aldus, and Tyler Klunick.

Indiegogo: http://www.indiegogo.com/What-They-Say-Post-Production-Campaign
IMDB: http://www.imdb.com/title/tt1948213/
Facebook: http://www.facebook.com/#!/whattheysay
Website: WhatTheySayFilm.Com and FatheadFilms.net
Side Note: Having known both Heather Dorff and Kelsey Zukowski, if there is even an ounce of the incredible talent that is Heather and Kelsey put into this film, then it will no doubt be a must see as either have proven to be a true class act to the independent genre.
Posted by Clifford Kiyabu at 6:04 PM