A GREEN LANTERN 2 POSSIBLY IN THE WORKS! 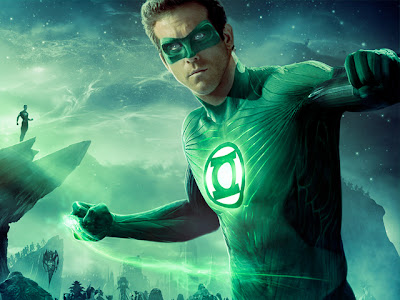 Remember how well received GREEN LANTERN was? Remember how much moolah it took to the bank? No??? oh yeah that’s right, it was blasted with quite the array of negative reviews, and is considered one of the biggest financial disappointments of the 2011 summer movie season… yet apparently the big wigs over at Warner Bros. thinks otherwise. Despite bombing at the box office domestically and opening on less then desired numbers (the production costs are allegedly estimated around $200 million and opened at $53,1 million), Warner film group president Jeff Robinov talked with the LA Times about a GL sequel in the works and being tracked for a release within the coming years. “We had a decent opening so we learned there is an audience,” said Robinov telling the LA Times.

He also went on to say this: “To go forward we need to make it a little edgier and darker with more emphasis on action… And we have to find a way to balance the time the movie spends in space versus on Earth.”

Now I’ve yet to get around to seeing Green Lantern like most folks, so I can’t judge it in any way… yet. But looking at it from a Business prospective: if the film bombed in theaters and was poorly received on an extreme level by critics and moviegoers alike, is it really wise to attempt to have another go at it? Plus, despite my not seeing the film just yet, I find it incredibly hard to see Ryan Reynolds doing dark and edgy. He just doesn’t seem to carry that aspect in the roles he steps into. Though I have been wrong before…

On another note, despite Robinov’s optimistic view point of a sequel in the works, Time Warner CEO Jeff Bewkes feels less optimistic about a sequel while sitting down with The Hollywood Reporter in a interview having this to say regarding a sequel: "It did not live up to expectations - fell fairly far short of those," said Bewkes expressing disappointment on the lackluster performance at the box office, he also went on to say "We will be deciding that in due course,". Though he did not entirely rule out the possibility of a sequel happening in the near future, it is for the moment, uncertain. Meanwhile IMDB has a Green Lantern 2 listed down for a 2013 release, though the odds of that actually being concrete is all speculative for the time being.

Side Note: For those of you who’ve already seen Green Lantern, what say you, Yea or Nay on a sequel?
Posted by Clifford Kiyabu at 5:52 PM