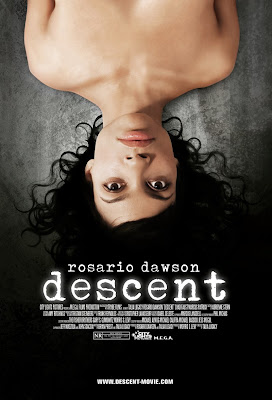 Plot: A promising college student becomes bent on seeking revenge after a shocking act of violence is committed on her.

My Thoughts: In today’s age it’s very common to hear in the news of young woman being violated or date rapped at collage parties, what you don’t hear is many of the victims don’t ever get the justice that they deserve, many of the rapist manage to go by unpunished, and some are simply never caught. Now most of you who’ve known me for quite some time know I have a somewhat hatred to those who commit rape, I have a strong standing on sex between two individuals always remaining consensual between two parties at all time, and from time and time again I have been known to have a somewhat violent side to those who have committed the evil deed of rape, no matter who you are: if you’ve rapped someone once in your life, you’ll never have get an ounce of respect from me, call it a form of prejudice if you will, but I seriously hate people who rape, so you can understand how I must have been feeling while watching Descent,

my word to never pre-judge a film, that before I give out an opinion I should see it from start to finish. Well what I got was a very strong mix feeling here, on one hand I couldn’t understand why it’s rated NC-17 by the MPAA, until I saw the climax ending which I go into detail in a little bit, first of the film starts off rather slow, but begins to show some potential of becoming a good film building up to a very nail biting rape scene in which Rosario Dawson’s character “Maya” is violently rapped by Chad Faust’s character “Jared” this of course was very hard for me to watch because all I could do was feel angry at Faust’s character because what was being done, however it did show one good point to the viewers, that a ripest is not an angry womanizing ass who hits woman and is built like a tank, no this type of guy we all see as a typical rapist is a stereotype, a rapist can be anyone of any race, religion, profession, and socioeconomic group; they are of varying ages and gender. The rapist in this is not built, and has a mellow attitude to everyone; he’s smooth to the ladies and as well a little shy to those who call him out, and defiantly not a fighter.

But still, he is a violent rapist, aside from showing you that people who do such acts of horror

cannot be characterized, the film lacks greatly on storytelling, it seems after the rape scene was over the film take a very dull take on the storyline. Knocking out the villain of the film from sight, introducing some new characters that aren’t of any importance to the plot except for one maybe, and in this second act also lacks greatly on the dialog which was very flat, and somewhat meaningless to the plot, and this of course remains like so until the third act which finally builds up to yet another horrific scene, more so then the rape shown in the beginning which from here on out the film losses all its integrity and gives way to the blatantly overextended finale, which I can’t stress enough will have you hating the victim and feeling some form of sympathy for the villain, if you don’t want to know how it end then I highly saddest you stop reading and fast-forward to the next paragraph right now… alright if you are still reading then I must warn you Warning Spoilers Ahead. The villain in this flick gets what’s coming to him, and much more, “Jared”, in returns gets violently rapped by “Maya”, after she has him tied down she rapes him with a really large stick, than after she’s done having her fun, she has her friend, ”Adrian” (Played by Marcus Patrick) rape him and while doing so verbally abuse him by calling him a F**got, or being gay for taking it up the A** like a P***y, overall the scene was so horrifying to see that I can tell you know it will remain in your head for quite some time, and it made me very angry with the character, Maya, in the end film, because as much as the character, Jared deserved it, we didn’t learn anything from the matter, she ended up becoming just as wrong as he was, ultimately I felt the ending was why too negative and a little cut short, what I mean by cut short is the film just ends, with no explanation of where do they go from here, I mean what happens after she’s done getting her revenge? It was indeed very disappointing for me.

The story is about Maya (Dawson), a beautiful young girl who enjoys working as a construction

worker, and loves attending college alongside her friend, but during a college party she meets Jared (Faust), a fellow college student who confesses to her that he secretly admires her, being a girl that never really dated before and somewhat shy to members of the opposite sex, she decides to give him a chance, their courtship seems harmless and somewhat pleasant, that is until the night he wanted to take their dating to a whole new level and she didn’t, Maya is violently rapped by Jared, after the horrific rape was done Maya is through into a state of shock, during the course of some months she drifts in denial becoming the easy slut she feared of ever becoming, that is until she meets, Adrian (Patrick) a man who helps those who can’t help themselves, shows her the error of her way she over comes her state of shock and embraces the new her, now will this new found her rise above her past or will it be her ultimate downfall.

As for the acting: Rosario Dawson is a fantastic actress and a wonderful individual, and I have to say, I feel her acting was a little dull, and the talent she’s capable

of is wasted her, this of course is coming from a big fan of hers, I feel there should have been more work done on her character, I’m not saying she did a bad job, no sir, I saying the characterization was poorly handled in this film and her character above all lacked the most, in the plot as well as the advertising, it all proclaims how her character goes through a dramatic change, however the change is not clear enough for the viewer to notice, and she appeared to be unsure of herself in this role, almost as if she wasn’t okay with how the films was going, or maybe I’m just reading her body language wrong. You decide. Chad Faust did okay, well half okay that is, he aced the soft and sweet guy approach dead on, but I wasn’t feeling the violent rapist part from him all that well, it just wasn’t in him, but I will say the performance he gives in the climax ending is without a doubt fantastic, and I will give him kudos for taking such a very daring risk in this film by going fully nude, not many actors and actresses out there will go Full-Monty for the sake of art, aside from that even though you’ll hate his character, you can’t help but feel some form of sympathy for him at the end. Marcus Patrick was… not so bad, however he isn’t all that good ether, to be honest I can’t really say if he’s done better in this or in previous roles because there isn’t any other work of his I can compare it to, I will say he give it his best, but his best just wasn’t really agreeing with me that much due to the fact there isn’t much of his character to begin with for the viewer to know and understand the character and because of this you can’t really feel anything but hatred for his character and the his role in the end game of this flick.

Final Say: I really wanted to like this movie, but could not get into it no matter how much I tried, which is sad because I really wanted this to be Rosario Dawson’s breakthrough film, too long has her career been overshadowed by mainstream Hollywood. I guess you could say I wanted Descent to be for Rosario Dawson what Taxi Driver was for Robert De Niro. But in the end I was left so very disappointed. I cannot recommend this film in anyway, but as always: if you still want to see this movie than watch at your own risk.