Corey Haim Passes Away At 38!

Growing up in 90s I had a great deal of movie idols, which were mainly from films released in the 80s. And let me tell you, anyone who was alive during the 80s and early 90s can tell you that the two (2) Cory’s (Corey Feldman and Corey Haim) were the ’it’ duo for youngsters, tweens and teens alike. And rather you liked the movies they were in or not, you still rushed out the door to your nearest cinema. Sadly though, for all heartthrobs and childhood actors, time is always your enemy, and as they get older the audience tends to lose interest.

Former child actor Corey Haim past away early Wednesday morning, March 10th 2010. There have been reports by various news outlets that the LAPD has stated his death was likely due to accidental Drug overdose. Haim admitted publicly not long ago that he had battled drug addiction his whole life and claimed that he would never be able to fully beat his addictions for good. While they may be the case at the moment nothing should be ruled out until after a thorough autopsy and toxicology report has been completed. Haim struggled with a drug problem most of his life, but had claimed prior to his death that he had cleaned up and was focusing his time at working hard for his comeback as an actor and was certainly doing so while promoting his newest film, American Sunset, as well as several other projects that has yet to be realest.

Many celebrities came out to show their support and condolences towards Haim’s family on their twitter page.

Christina Applegate: My thoughts go out to Corey’s family and friends today. So sad.

Ralph Macchio: Always so sad and disturbing when the addiction and demons prevail. RIP Corey Haim

A&E Television: We are saddened by the tragic loss of Corey Haim who we had the pleasure to work with on the series ‘The Two Coreys…. Our thoughts are with his family during this difficult time.

Marlee Matlin: Another actor dies because of drug addiction. In this case RIP Corey Haim.

Melissa Joan Hart: No way! I just saw him last week at a Lupus event! RIP! 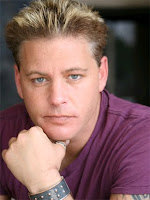 Posted by Clifford Kiyabu at 2:45 AM