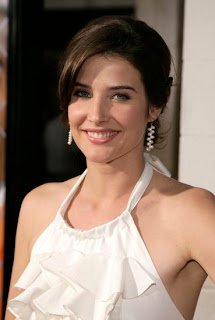 I’ve never been a fan of the CBS’s hit show ‘How I Met Your Mother’ mainly because I could not for the life of me understand how Josh Radnor’s character turns into Bob Saget. I mean how old is Radnor, mid 30’s? so how does he transforms into someone sounding like Bob Saget in less then 20 years? Unless he has some voice box replacement done or was in some kind of horrible accident which rendered him to a life of sounding like that voice from America’s Funniest Home videos I can’t see this being possible.

Anywho, remember earlier there was mention of Samuel L. Jackson’s talk about getting a new side kick for the upcoming Avengers movie on Late Night with Jimmy Fallon? Well, it appears that big news regarding that new female side-kick joining Nick Fury’s side has been announced. Deadline revealed that the character in question who will be joining Nick Fury’s side will in fact be Maria Hill, and the actress closing in on landing that role is said to be none other then ‘How I Met Your Mother’ actress Cobie Smulders! Smulders who is said to be the current front runner is not unknown to the Avengers’ director, Joss Whedon. Smulders was at one point seriously considered as a strong candidate to play Wonder Woman when Whedon was attached to the project. And now that Whedon is attached to the upcoming Marvel blockbuster film due out May 4th 2012... Well you get where I'm going with this. Maria Hill is a character that was created by Ultimate Spider-Man creator Brian Michael Bendis, Hill is considered by some in the comic realm as the female equivalence of Nick Fury and is described as a ruthless and tough as nails type of individual who takes crap from no one.

In the comics Hill eventually replaces Fury as the director of S.H.E.L.D. when Fury is forced into hiding. No official word as of yet to what role will the character play in the film other then being by Fury’s side, but one cannot stray from the fact that if Fury sees any hand on action in The Avengers movie then the character surly will follow suit into the action as well.

Side Note: I find it a bit odd that Cobie Smulders was once considered to be the front runner candidate for a high profile franchise like Wonder Woman by Whedon only to wind up being the front runner again for another Whedon project. Coincidence?
Posted by Clifford Kiyabu at 4:22 PM