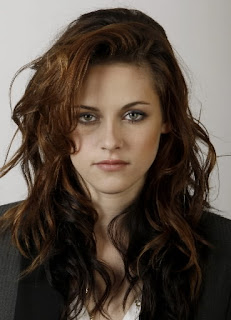 The interweb is filled with endless debates about the Twilight series and whether or not it‘s any good or total crap, but even more so is the debate over the film’s leading lady Kristen Stewart who is considered by some the cream of the crop while other argue that she isn’t even in the running to be a A-Lister. I shamefully admit that at one point I was a huge fan of miss Stewart and even considered her to be a Oscar worthy actress. But times change and so do people, and sadly for her I later found her acting repetitive and boring. She went from spellbinding to… Eh!

With the New Superman Reboot currently titled “Superman: Man of Steel” in full swing and monumental names like Zack Snyder attached as the film’s director and INCEPTION director Christopher Nolan as the film’s producer, the film is already starting look like a project that stars would be dieing for be a part of. Well apparently K-Stewart doesn’t think so. It was rumored earlier that actress Kristen Stewart was on the very short list of names for the part of Lois Lane but now NYDailyNews.com is reporting that the doe-eyed starlet had a meeting with Snyder about playing the iconic feminist reporter Lois Lane and later love interest to the last son of krypton. But ultimately the meeting was very brief.

Rumor is she turned down the offer due to not wanting to be sucked into another multi-picture franchise just yet and want‘s to focus on doing more “Smaller, independent films.” meanwhile Stewart’s spokeswoman said only that she "did not read for the part", however this is leaving some in the blogging community to believe that she may have shot down the idea of playing Lois Lane due to not wanting to have a 'Superman Returns' style failure on her career (Sure SR was fun watching for the most part, but in all honesty it‘s like going on a cheesecake bender, sure it‘s fun while it lasts but is it worth feeling 10 pounds heavier the next morning?) and there seems to be some questioning this even further seeing that the actress claims to wanting to be focusing on independent films yet seems to be interested in donning the lead role of another big budget film, SNOW WHITE AND THE HUNTSMAN, which ironically would begin filming around the same time as SUPERMAN: MAN OF STEEL later this summer and would be released in theaters around the same time as the Superman reboot in winter 2012. So there apparently appears to be what would have been a major filming conflict had she chose to go with the Superman reboot seeing that she has a interest in playing Snow White.

Read the full story over at NYDailyNews.com

Side Note: If you ask me I think the studio and Snyder and his team may have dogged a great big bullet on this one, I mean can you really see her playing a energetic female empowering bombshell reporter like Lois Lane!?! Maybe it’s just me, but why does she always look either bored out her mind or incredibly confused in all of her roles?

Extra Side Note: Congrats to actor Henry Cavill for landing the leading role of the Man of steel himself. I’m sure you’ll do great in the title role.
Posted by Clifford Kiyabu at 7:10 PM