Only a few more months until the release of Marvels THOR followed by the release of CAPTAIN AMERICA: THE FIRST AVENGER. But while we’ve been hearing sooooo much coverage on Kenneth Branagh’s Thor project, not much is known about how well Joe Johnston’s Captain America film will stand in comparison, next to the god of thunder this summer. But now there seems to be an endless supply of news in regards to the first avenger himself. First with news about the first official footage of Chris Evans as Captain America airing this Sunday during the Super bowl, and now brand spanking new stills of the actor in his avenger uniform which graced the cover and pages of Empire Magazine which is out on news stands now! Check out below… 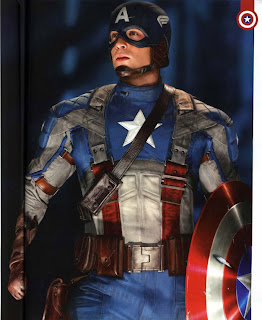 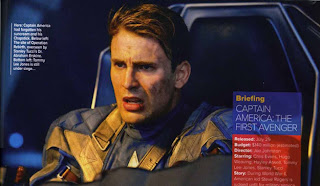 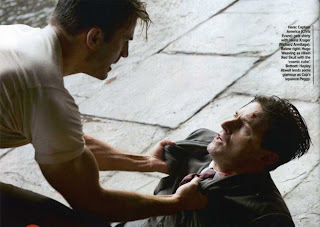 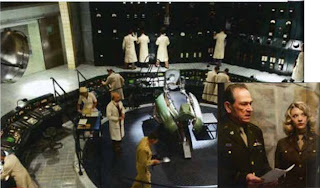 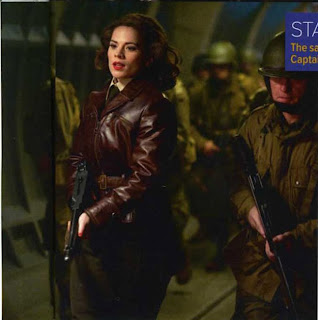 And if that’s not enough to rock your socks off then check out this awesome new poster presented by YAHOO! of Captain America which hints at the avenger’s film! 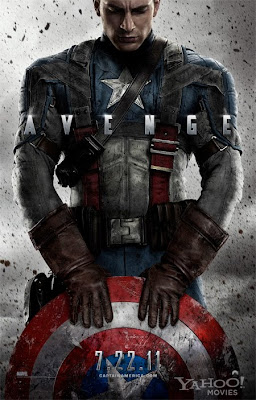 I don’t know about you but I wasn’t all that excited about this project prier to seeing these photos mainly because I didn’t care for the choice in actor o play cap or the lack of coverage on the project, but now I’m really starting to see this project in a whole new light, and hopefully if all goes well this turn of events will continue even further after the trailer is released this Sunday. Fingers are crossed!

Side Note: I think it’s safe to say that everyone’s in agreement here that we haven’t seen or heard enough about Hugo Weaving playing The Red Skull. Bring on those pics already dammit!
Posted by Clifford Kiyabu at 6:41 PM