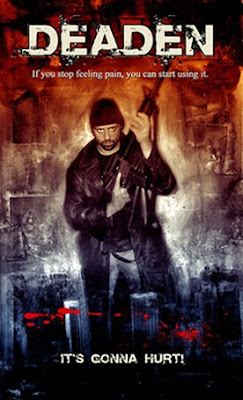 Plot: Ex-undercover cop turned biker Rane, witnesses the brutal murder of his pregnant wife by his crew who have learned about his old policemen days. Upon his exit from the hospital, he arms himself to the teeth and goes on an substance fueled, psychotic rampage, in the name of retribution

My Thoughts: For as long as I’ve been an avid moviegoer I have always been a fan of the revenge genre; because there’s just something about seeing bad things happening to those who deserves it that just brings a smile to my face, and even though it’s been overly used in films with mostly the same plotline behind it, man losses wife and kids goes out killing everyone involved, or woman losses love of her life or family and must go out killing everyone involved, it’s the same recycled stuff being done and showed to the audience over and over again, but one cannot help but love these films, for one, watching assholes getting what’s coming to them, and two. Enjoying the fun filled violence that comes with the territory. you could call me a religious man with the whole belief of ‘An eye for an eye” stuff, but seriously; people are way too soft in these days we live in, with being afraid to admit what they’d do to someone who did them wrong regardless of their gender or ethnic background, I say you do me or my family wrong and I’m going to rain hell over you in return, bring on the pain. Well I’m happy to say that with Deaden we get that very thing.

The film is raw and gritty, not afraid to say what it wants to say regardless who it may offend, 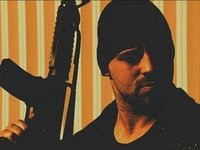 much like the old Grindhouse films of the 70’s where the antihero was loved by moviegoers, more so than the hero who is bound by laws and morals filled with good deeds, Deaden carries an old fashion style of action which is much in the image of “The Punisher” and “Death Sentence” to a generation that’s never seen what an action film experience was like back in the day and it does so with its own blend of justice that you can’t deny is righteous in its conviction as its ending which proves to be stylish and poetic. I must admit though; the plot isn’t exactly what you’d call Oscar worthy, it does have some serious plot hole here and there, but with a film that opens up with a pregnant woman being violently raped and then having her unborn baby cut out her Charles Manson style, I think that’s more than enough info to warrant it not needing a strong storyline, all that’s needed is a combination of violence and gore, and man do we get a lot of that in this baby. 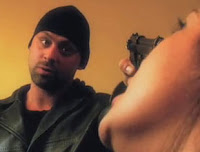 poor budget and shot entirely in 13 grueling days, some would say that a film like that is shit out of luck and jolly well f***ed, Ion the other hand disagree, not only does it work, but it also pulls in some heart pounding action that’s quick to the punch, and as dramatic as the plot to it is, the film also manages to through in a few laughs here and there, over all; Deaden is a film that pays homage to action films of the 70’s and 80’s in style. The only downer is the film leaves you with a few unanswered questions that will have you thinking long after the film is over, but in the same token, this film was made an a very low budget so I will let it slide on that part, aside from all this the film’s most strongest point is it’s unique kills, just about everyone in this film die in a uniquely different way which is never repeated.

going undercover becomes part of the gang and decides to leave his cop days behind, however not soon later his girlfriend, Jaimie (Jaeger) becomes pregnant with his child, not wanting to raise his unborn child in a life of crime. Rane and Jaimie decide to leave their old life behind and make plans to run from the gang; however Rane’s past catches up with him as someone close to him rats him out to the gang. Him and his girl and captured by the gang, the same men who he had learned to call family now was violently raped his girl while making him watch, then cutting his unborn child out of her and killing it. Then last but not least they shot him in the head with an arrow which should have killed him, but luckily for him it doesn’t. Now still alive when the ones he love are dead, Rane comes to terms with himself and decides that this is an eye for an eye game, and if he’s going to die, he’s going to take everyone in the gang with him.

As for the acting, well I must say John Fallon was brilliant, I have seen his career over go from nothing to star over these years, he went from being a nobody to a successful film critic, to successful Actor, and now a great screenplay writer, the man seems to make whatever he sets his eyes on work, and that’s because he works hard for it, and greatness will be his reword for it, as for his acting in the film I can’t help but say his acting could be compared to a mixture of Thomas Jane from the “The Punisher” and of Kevin Bacon from “Death Sentence” which makes a great compo if you ask me. Anna Jaeger was so bad, her performance help a little for the film in what few scenes she was in. Deke Richards was very enjoying seeing. He acting was quite nice alongside Fallon as his partner, and manages to slip in a few jokes here and there that loosens the mood a bit for the viewers letting them know not to take the film completely seriously. Claudia Jurt was so so. I found her to be a bit annoying throughout the film. Neil Napier was great, but sadly to say the main villains don’t get as much run time as others do in this film which was a bit of a downer. Carmen Echeverria was dangerously beautiful, her acting was great, don’t let her good looks fool you, she not just another eye candy, she can be wicked as well as hot at the same time. Kevin Kelsall was, horrible. He’s a great stuntman but other than that I wouldn’t recommend him going for another role. There are other actors to this film but none of which are really that good, and I don’t want to bore you with more stuff that will only lead to a headache.

Final Say: Overall Deaden prove to be quite the enjoyable film that I’d love to take another turn on some day, however the film does lack in some departments but nothing that will do much harm to it. I recommend it if you’re in the mood for a good old fashion action with some unique kills.