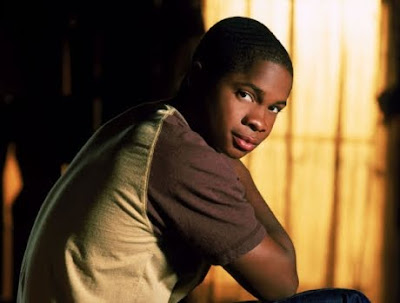 One of my favorite shows back in the early 2000’s was the CW’s (formally known as The WB) Smallville. It was the closest thing to a live action Superman show back on the air, and it wasn’t hard to like the new characters that were introduced to the show.

From Clark’s nerdy classmate and best friend, to the interesting turn of introducing a love interest that’s not the commonly known character. But as the years went on, and the characters began to depart, so did my love of the show. I’d always hoped something big would arise out of the cast of this show.

However, one particular Smallville actor, Sam Jones III, the actor well known for his role as ‘Pete Ross’ for three seasons on the hit CW series, Smallville, faces as much as up to 20 years in prison for drug charges. Jones was involved with a drug gang that was taken into custody by D.E.A. agents on charges of drug trafficking and charged with conspiracy to possess with intent to distribute in October of 2009. On December 16, 2010, the actor pleaded guilty to conspiracy to sell more than 10,000 oxycodone pills to through him as their 'Hollywood connection' but was caught after attempting to purchase the drugs from undercover DEA agents. This coming at a time when the actor has already faced a great deal of controversy, starting with the actor making a sex tape with his girlfriend, former Playboy playmate Karissa Shannon.

According to court documents, the documents state the government “seized a massive amount of drugs from the gang - 586 pounds of marijuana and 10,000 fake Oxycodone tablets, which the defendants believed were real.” With his guilty plea in motion so ends a once promising career as an actor. Jones has since been released on a $120,000 bail, for which includes both cash and property holdings. He’s set to be sentenced on June 22nd. 2011 and could face as much up to as 20 years.
Posted by Clifford Kiyabu at 9:24 PM