A Tribute To Actor Leslie Nielsen. 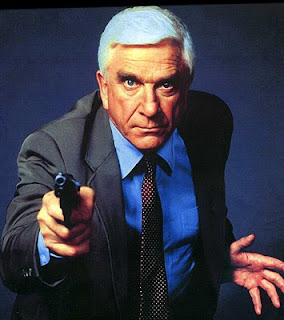 It’s kind of interesting how we perceive a person over the course of their life, Leslie William Nielsen (or just simply Leslie Nielsen for sort), is wildly renown for his comedic character acting in a slew of parodies throughout the years, yet he began his career as a dramatic actor starring alongside some of the greats of his time. Such as Glenn Ford and Donna Reed in the classic crime drama Ransom! (1956) or Forbidden Planet (1956) starring alongside such names as Walter Pidgeon and Anne Francis.

Aside from co-starring and on occasion, starring in films throughout the 50’s and 60’s he’d later go onto appear in a supporting role in The Poseidon Adventure (1972) which starred Gene Hackman. And the iconic horror film Prom Night (1980) which starred himself and Jamie Lee Curtis. Thing is he’d dabbled in just about every genre in the business, but none of which set the tone of his career then comedy did, to be more precise, parodies.

The 1980 box office hit Airplane! (1980) is vastly adored by his fans for one of his most memorable performance as Dr. Rumack the wacky Doctor who’d say horribly comedic lines as “The life of everyone on board depends upon just one thing: finding someone back there who can not only fly this plane, but who didn't have fish for dinner.” or "some time when the crew is up against it, and the breaks are beating the boys, tell them to get out there and give it all they got and win just one for the Zipper. I don't know where I'll be then, Doc," he said, "but I won't smell too good, that's for sure."

However above all thing in his career he’ll always be remembered to many of us for his iconic role as Lt. Frank Drebin from the Naked Gun franchise. Though the first film in the series was released in 1988 some might not remember, or even realize that the film’s idea, as well as the character Frank Drebin played by Nielsen as well as the other many memorable characters was first introduced to audiences in the short lived television series Police Squad! (1982) which sadly only lasted a few episodes before meeting it’s untimely cancellation.

Little did anyone know at the time however, the show would serve as the core basis for what would be the film’s success six years later. Interestingly enough, the comic actor appeared in over 100 films in his lifetime though not all were leads roles he made it known by moviegoers of his presence in ever unforgettable performances.

As I type this I must admit is saddens me to say that on Sunday November 28, 2010. Nielsen passed away due to complications of pneumonia. He was 84. Though I wouldn’t think it proper for one to crack jokes or break out in laughter after someone’s passing, I think is fair to say that when looking back at his talented career I cannot help but smile at all the wonderful memories he’s given me, and others like myself out there.

So in the sprite of the joy Nielsen’s films gave those who watched them, I think we should celebrate the wonderful life that lived as I’d believe it’s what Nielsen would have wanted seeing he spent the better half of his life making us smile and break out in tears of laughter rather then tears of sadness. So to Mr. Nielsen, where every you are, we hope you find peace, and you’ll surely be missed by us all.

“I am serious... and don't call me Shirley”.
-Leslie Nielsen (Airplane!) 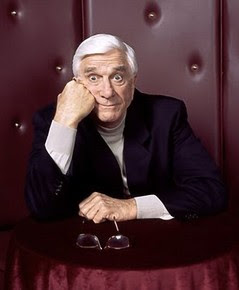 Posted by Clifford Kiyabu at 4:36 AM