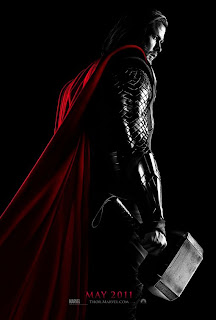 There’s nothing more exciting in a comic book geek’s life like the joy of reading the latest issue of their favorite comic book. What’s equally satisfying is watching their favorite comic book get adapted into a live action movie… when it’s done right of course, because not sticking to the ground bases in which the film is based on is the complete opposite to what a geek wants. How do I know this? Well it’s safe to say I’m a born and breed geek to the core and what I love most is going to the cinema year in year out watching my favorite hero leaping off of a tall building on his or her signature outfit fight bad guys and kicking butt. What I don’t like is Halle Berry and Ben Affleck thinking they’re superheroes! That just won’t fly with me, you dig?

Anyhow it seems that Marvel Enterprise has finally gotten an edge over it’s life long competitor DC [Comics] by finally getting their act together and making “The Avengers” movie happen, the idea of a live action Avengers movies has been on the minds of members in the business for well over 3 decades, a JLA (Justice League of America) has also long been talked about, but never quite came to fruition, but after numerous failed attempts, Marvel has finally gained the upper hand by setting things in motion with the 2008 box office hit Iron Man. Now, with only two years away, things are finally starting to show with next year’s release of “The First Avenger: Captain America” and “Thor”. Thor is being directed by none other then legendary actor Kenneth Branagh who’s no stranger to the director’s chair, Branagh has directed numerous works over the years including a early 20th century rendition of Hamlet (1996). Branagh is also being considered by fans of the series as the “Ideal” person for the as he is both a fan of the comic series and the Norse Mythology, and has said that the film take on a spliced role of both.

Check out the Trailer of THOR

I don’t know about you but the trailer alone has sold me in being first in line for this bad boy when it’s released in theaters everywhere.