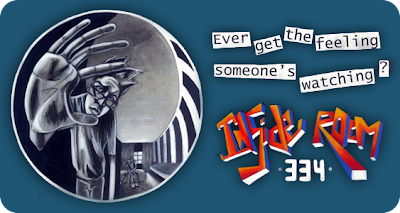 In today’s day and age the internet has become the new ‘Cable T.V.’ of this generation, much like to what cable television was to basic cable, and what basic cable was to the ‘radio airwave’ generation before them. And like all mediums, new and exciting content is created ever second, including those that are meant to push the envelope a bit. This type of content is always considered taboo and sometimes risky. But as they say “Nothing fun or original ever came from playing it safe all the time”

Anyhow, a new web series is attempting to do just that with it’s risky, yet entertaining taboo situations which include “a gay exorcism, a behind the scenes porn shoot, euthanasia, illegal immigration (as where some of the actors have mustaches), a hostage situation, a clowns revenge, crazy psychologists, a Halloween episode, and a group of fabulous drag queens.” the series is called "Inside Room #334." and is produced by Monkey Hatchet Productions. It’s said to be a series like none other and is being considered as “very different than anything out there right now as the series is like scripted reality.”

Synapses: Someone has planted a spy camera in the peephole of the door of ‘Room #334’ at a hotel. The occupants don’t have any idea that the spy camera is filming their every move. As audience members, you will get the chance to see exactly what happens inside this hotel room. Each experience will be different, as there are different occupants staying every night. From Comedies, to Dramas, to Horror...you will not be bored

The series’ first season is set to have 10 episodes with each episodes running in at about 20 to 30 minutes apiece and will star completely different casts as each episode will have completely different occupants as no two episodes will be related in any way. All episodes will be presented to viewer via online for free with the first few episode already available online and new episodes premiering every Wednesday at 8PM Pacific Time. To see new and old episodes check out Inside Room #334 official website. To learn more about Monkey Hatchet Productions visit MHP’s official website.
Posted by Clifford Kiyabu at 8:34 PM