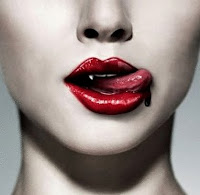 I often question just why are vampires so popular in modern pop culture when other mythological creators are not. Is it because there’s something mystically appealing to the fact they’re immortal dead beings who prey over the living as they‘re source of nourishment? or is it because they’re more human in terms of appearance then any other mythological being? Women want to fall in love with them while men want to be them, while I on the other hand, just want to stake them at dawn! [Laughs]

Whatever the reason however, [one] cannot help but find a certain appeal for these little bloodsuckers no matter the medium, one particular series that comes to mind when thinking about the vampire lore is HBO’s hit series TRUE BLOOD, which is probably (in my opinion) the best Vampire drama I’ve seen in recent years (Twis*** ain‘t got jack on True Blood) and it seems that with every passing season the show only gets more explosive, intense and more edgier, oh and did I forget to mention more sexier?

And who could not love the heated love triangle between Sookie Stackhouse, Bill Compton and Eric Northman. They’ve been though a lot and you can’t help but love these characters and the groups they associate themselves with. Last season was probably the most intense season yet with the way everything when down you know there‘s going to be a lot to answer for before the dust settles, and if you’ve been keeping up with the books in which the show is based off of then you’ll know that things are only going to get more intense come next season and if you thought the amount of side characters introduced last season was a whirlwind of emotion then prepare yourself to get sucked right back into that whirlwind with the introduction of seven new characters to next season. 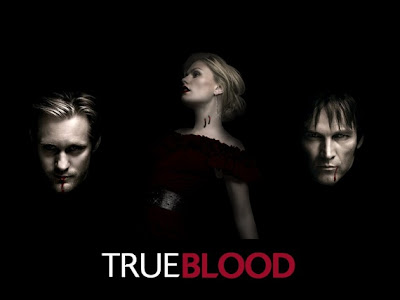 Deadline reporting that Christina Moore (From TV’s Hawthorne) is joining the cast of True Blood in a recurring role of Suzanne McKittrick, “a WASP-y Texas housewife who, unsurprisingly, isn't without her own certain set of special abilities.” The actress will film her arc on True Blood during her hiatus from "Hawthorne," which is scheduled to begin production on its third season this spring.

also joining the cast of "True Blood" is Neil Hopkins (TV’s Lost), actor Chris Butler (CBS’s The Good Wife), actress Janina Gavankar (The Gates), also in addition is Alexandra Breckenridge (Life Unexpected) and actress Vedette Lim (As the World Turns) and Fiona Shaw (From the Harry Potter films). Hopkins will play Claude, brother of Claudine, the mysterious leader of the ‘fairies’ seen in last season. While Butler will be joining the cast playing the part of Emory, whom has been described by the site Deadline as "a prissy and conservative shapeshifter with his own agenda." Gavankar is set to play Luna, a public school teacher who also happens to be a shapeshifter. Shaw will play Marnie a mysterious leader of a Wiccan group. While Breckenridge is set to play Daisy, a member from the Wiccan group founded by the character Marnie. Meanwhile, Lim will play Naomi, a fighter that's well-known in the underground cage match scene.

The forth season of HBO’s True Blood is set for a summer 2011 release.
Posted by Clifford Kiyabu at 10:46 PM