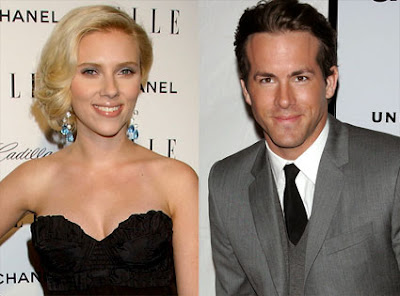 In today’s day and age, Celebrity divorces occur more commonly than we’d all like to think, especially when the masses really cheer for a particular couple to be ‘the one’ who makes it. Sadly it seems that there is no perfect Hollywood couple anymore, than there’s a perfect utopia on earth. For a long time now people (including myself of course) assumed Ryan Reynolds and Scarlett Johansson were considered the perfect couple. These two have never been seen out and about without a smile or glimmer of glee on their faces, they seemed like a couple that was always stuck in the cute puppy love stage of their relationship. Well, after 2 years of marriage it seems as those that cute puppy was put to sleep, as the two is now ready to call it quits and are filing for divorce. The couple said in a joint statement that: "After long and careful consideration on both our parts, we've decided to end our marriage. We entered our relationship with love and it's with love and kindness we leave it," they then went on to say "While privacy isn't expected, it's certainly appreciated."

Johansson, 26, has starred in such notable films as The Nanny Diaries (2007), Vicky Cristina Barcelona (2008), He's Just Not That Into You (2009). and as the sexy former Russian Spy Natasha Romanoff AKA The Black Widow in this year’s Iron Man 2 and is scheduled to reprise her role as the famous marvel character in “The Avengers” film due out summer 2012.

Reynolds, 34, is wildly known for his performances in film like Van Wilder (2002), Blade: Trinity (2004), The Proposal (2009) X-Men Origins: Wolverine (2009, and in this year’s ultra claustrophobic thriller, Buried (2010), He’ll next be seen in next year’s “Green Lantern” film starring as the title character. Reynolds was recently picked by People Magazine as “its sexiest man alive” for 2010.
Posted by Clifford Kiyabu at 5:03 PM