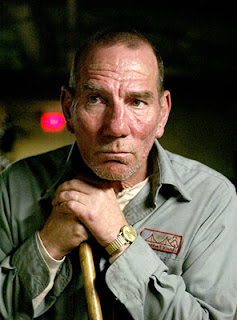 It’s bad enough that 2011 started off with the death of legendary sci-fi actress Anne Francis, but now the grim reaper is just being a dick to us by taking another truly great star all too soon. On January 2nd 2011, a great life was lost when academy Award-nominated British actor Pete Postlethwaite passed away at the all too young age of 64 due to complications after a brutal battle with cancer. He passed away peacefully at a hospital in Shropshire, England. Postlethwaite’s battle with cancer spans back to 1990 when he was diagnosed with testicular cancer, and had one testicle removed due to it.

Postlethwaite was well known for his many performance spending trough a large variety of genres in the movie business going back over 35 years. He was well know for appearing in the Steven Spielberg flick The Lost World: Jurassic Park, and was even once described by Steven Spielberg as "probably the best actor in the world today”. he also played the main villain and criminal mastermind “Kobayashi” in the 1995 hit film The Usual Suspects.

And acted in such memorable films as: Hamlet, In the Name of the Father, The Last of the Mohicans, Alien 3, Amistad, Romeo + Juliet and Æon Flux. Aside from film and television for which he appeared in over 100 roles in his 35-year career, Postlethwaite was also a fan of the theater art and had worked in numerous stage performances throughout his career.

2010 was also a big year for Postlethwaite as he appeared in three blockbuster hits, Clash of the Titans and Inception and The Town. his last credit will be Killing Bono which is set to be released in April.

On a personal note: though he never played the lead role as often as his talent deserved, he is and always will be remembered as a shining star to his loyal fans, friends and family. Postlethwaite is survived by his wife, a son, and daughter. 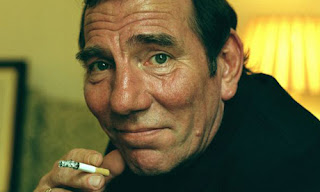 Posted by Clifford Kiyabu at 12:57 AM