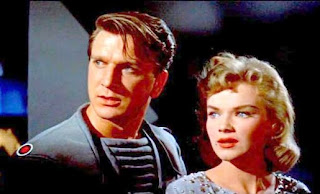 It’s always a sad day when having to report the death of a celebrity, especially when they’ve done something remarkable in the industry. That’s why it’s especially sad for me to say that Sci-Fi Legend Anne Francis has passed away at age 80 on January 2, 2011.

The actress, best known for her role as ‘Altaira’ in the sci-fi classic Forbidden Planet, has acted alongside some of the greats such as Glenn Ford, Barbra Streisand, Leslie Nielsen, Paul Newman ect... Francis was known by many as a sex symbol of her generation while proving to be another shining example as inspiration to women everywhere taking point in her career. She appeared on shows including The Twilight Zone, My Three Sons, Dallas, Matlock and much more.

The Emmy award nominee and Golden Globe winner was well known for her iconic performance as detective Honey West on the short lived television series Honey West (1965–1966). her last television appearance was in 2004 with a role on Without a Trace. She had always embraced technology in the manner of her official website, for which she used as a means to keep in consent contact with all of her fan base. She announced on her site awhile back about her failing health to her fans telling them that she was advised that she wouldn’t be able to sign autographs or answer fan mail until her health improved. Sadly, that improvement never happened.

Anne Francis is survived by two daughters and a grandson. 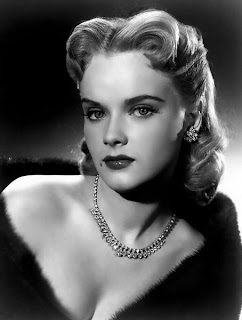 Posted by Clifford Kiyabu at 12:46 AM